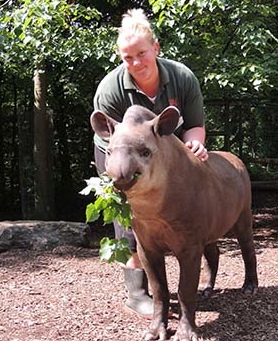 The nineteen-month-old has relocated to Twycross Zoo in Warwickshire to join another female.

Ungulate Team Leader, Jay Haywood, said: “Because of the layout of DZG’s South American paddock, there’s no easy access, so we faced a challenge getting her out and safely loaded onto the van.

“We had to entice Eve through the tapir kitchen and get her into her carry box, which we had pushed up against the door. Thankfully it all went quickly and smoothly and she seemed quite content in her new surroundings at Twycross and we’ve already been notified that she’s settled well.” 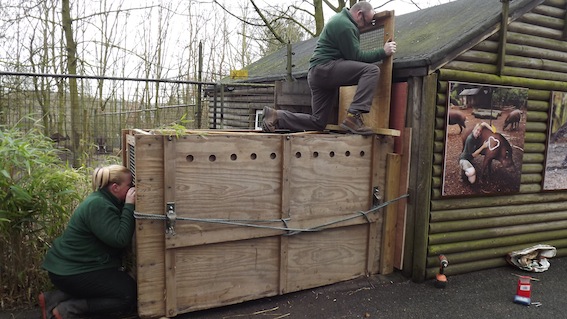 Pictured above – Ungulate Keeper, Sarah Evans, says goodbye to Eve, before helping load her into the travel box, with Senior Curator, Derek Grove, after enticing her out through the tapir kitchen.