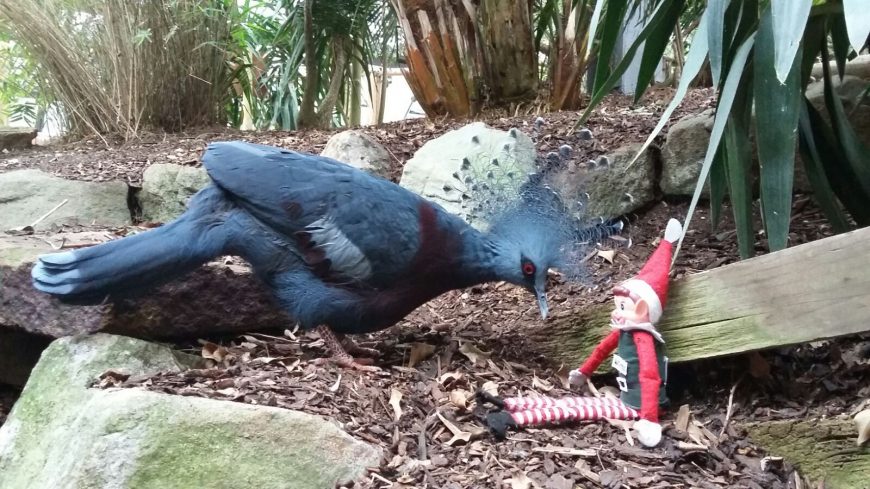 The impressive blue-grey coloured bird, is the largest pigeon species in the world and is distinguished by the spectacular fanned crest of white-tipped feathers on its head and its striking red eyes.

Section Leader, Nicola Wright, said: “The pigeon has joined us from Banham Zoo and is settling into Lorikeet Lookout.

“We’re really pleased to have her here and we’re hoping to soon have a male to join her so we can form a breeding pair.”

A predominantly ground-dwelling bird, the species is classed as vulnerable and has suffered a rapid decline due to the destruction of its habitat, plus it’s also a prized trophy for poachers. 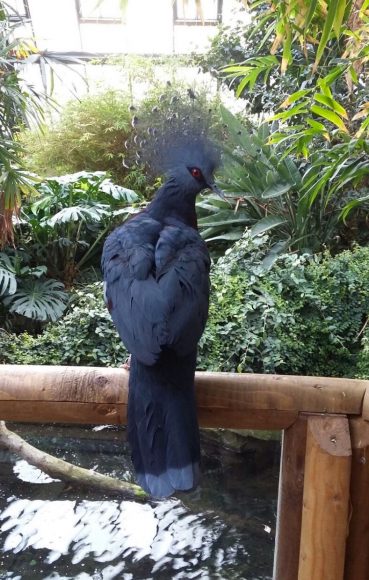 Make sure you visit our walkthrough exhibit, which opens daily from 11am, where you can feed our free-flying rainbow lorikeets.

Catch-up on the exploits of Dudley the elf on the zoo’s Instagram page – dudley.zoo

Previous: Amy achieves employee award!
Next: All ready for tomorrow!