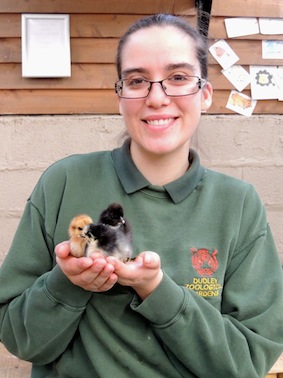 Six newly-hatched chicks had a little eggs-tra care when the power supply went off across the site.

The five-hour planned power cut took place during the night for maintenance on the zoo’s electrical sub-station, but the only animals that were affected by the work were the farm’s baby bantam hens.

DZG Curator Matt Lewis: “All the large animals in the collection were inside for the night, so it didn’t matter that the electric fences went down on their external enclosures.

“Reptiles were kept warm by battery-powered heat lamps and the castle and site alarms were also on battery back-up.

“The only thing I had to worry about were the farm’s chicks, who had hatched just a few hours earlier, and needed to be kept at a constant temperature.

“I set up an incubator in the zoo’s main office, which was the only place on site to have power, and then quickly transferred them from under the barn’s heat lamp or the duration of the work.

“Luckily, the chicks didn’t mind the move and have now settled back in the barn ready to meet Easter holiday visitors.” 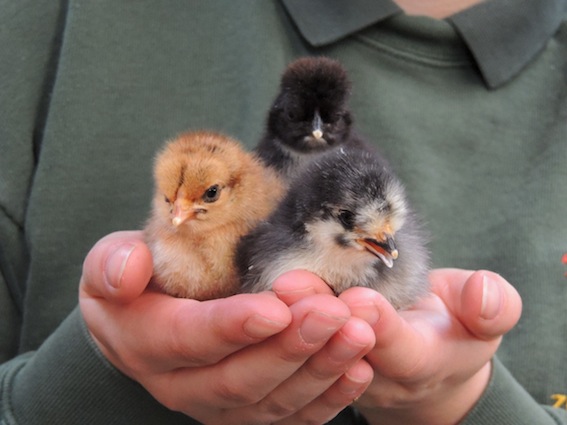 Trainee Keeper, Cara Sheldon, with three of the newly-hatched chicks.