We’re getting egg-cited for Easter Day and giant anteater Bubbles has already been tucking into some egg-stra treats! 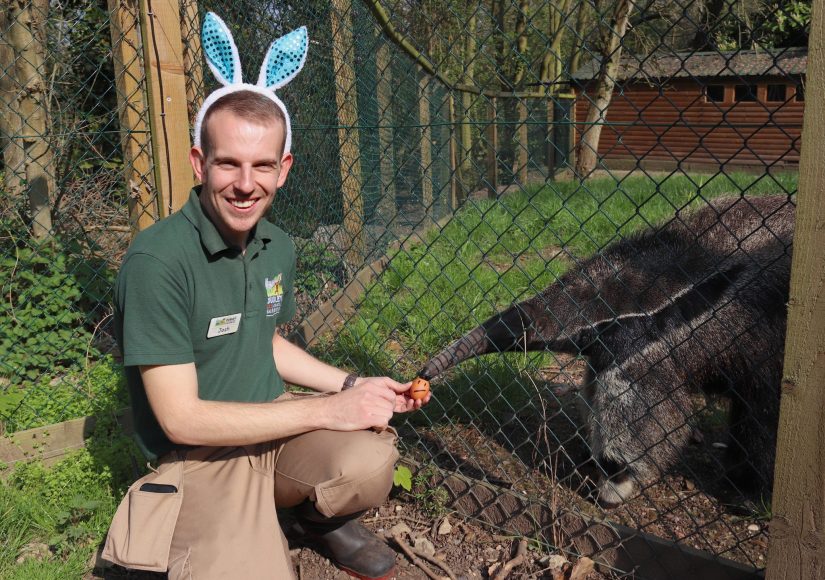 Keeper Josh Luxton allowed the one-year-old anteater an early Easter egg, which he lapped up in seconds! 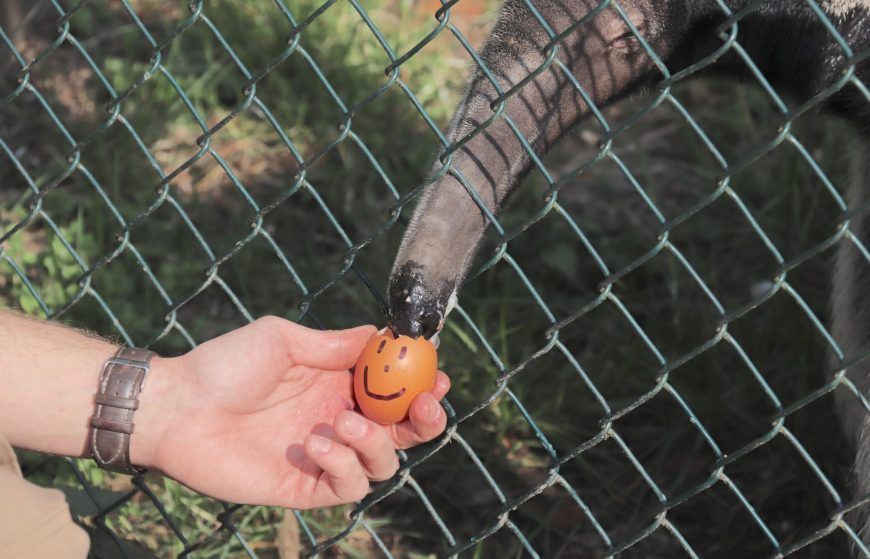 Curator Richard Brown said: “Many of our exotic species enjoy eating eggs as part of their varied diets and they’re really nutritious too.

“The majority eat them hard boiled including our lar gibbons, chimps, parrots, red pandas and bush dogs, while others have them raw like Bubbles.

“Some species also like eating the rich calcium shell too, while others are fussy, such as our female binturong, Ellie, who keepers have discovered will only eat hers if they’re peeled, whereas Elliot wolfs them down shell and all.”