There could be some ghostly goings-on around Dudley Castle today  the anniversary of the birth and death of the Grey Lady’s daughter. 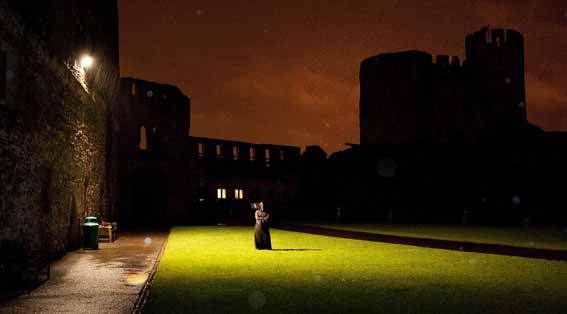 DZG’s Castle expert Amy Hickman said the Grey Lady, believed to be the spirit of Dorothy Beamont, is thought to haunt the site because she never got over the death of her daughter, Frances.

Legend has it the Grey Lady wanders aimlessly around the castle and its grounds because Dorothy was tormented by the fact her two dying wishes were not granted.

After her daughter died during childbirth on September 23, 1644, and just before her own death on April 28, 1645, Dorothy had asked to be buried beside her baby and that her husband John Beaumont, the Royalist Second in Command, attend her funeral. 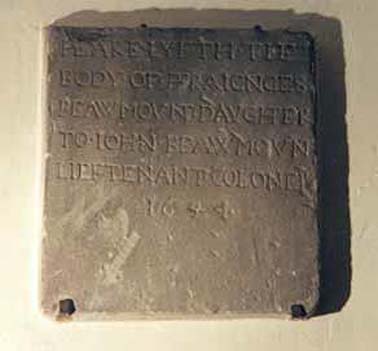 Amy said: “Our visitors could be in for a spooky encounter in and around the castle today as you do tend to get sightings on anniversaries.

“Frances was buried at St Edmund’s Church in Dudley and although the grave was destroyed when the original church was knocked down, the tombstone is still kept inside today’s building.”

RIGHT – The tombstone of Frances Beaumont is still kept in the Dudley church known locally as ‘Bottom Church’.

Enthusiasts say the ghost of Dorothy can often be seen near the 11th century Castle keep and in our Courtyard Café, formerly called The Grey Lady Tavern.

They claim to have heard many unexplained sounds and extreme drops in temperature inside the café building.

Many ghost hunters regard Dudley Castle as one of the most haunted in the UK and the Grey Lady is the most sighted spirit.

Amy added: “Allegedly, across the whole castle grounds and zoo site, over 400 ghosts and spirits have been seen and recorded on more than one occasion.

“Dudley Castle is said to be the fourth most haunted castle in Britain, after the Tower of London, Dover Castle and Chillingham Castle in Northumberland.”