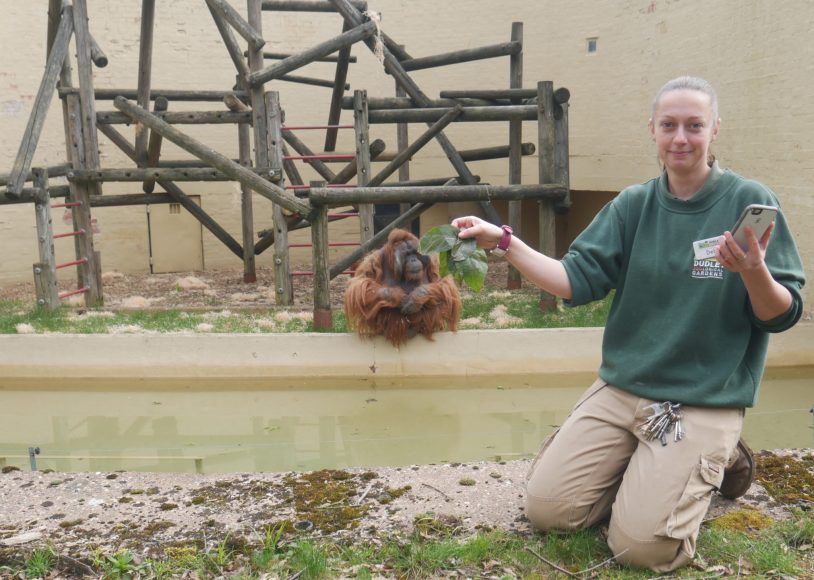 We were asked by Singapore Zoo’s Wildlife Nutritionist, Francis Cabana, if we’d take part in the EAZA-endorsed project by filming our orangs eating a particular fresh evergreen leaf – congea tomentosa – which were sent directly from Singapore.

Upper Primates Section Leader Pat Stevens said: “The orangutans at Singapore Zoo eat the leaves of this tropical evergreen vine, chew it up before spitting it out and rubbing it into their skin, we’re not sure if it acts as an antiseptic or has repellent properties.

“We were one of three zoos in the UK asked to take part as they wanted to see if orangs in other collections did the same and we were happy to be involved.”

The project involved giving Benji and Jorong the leaves on three occasions, every other day for a week and filming their reaction. 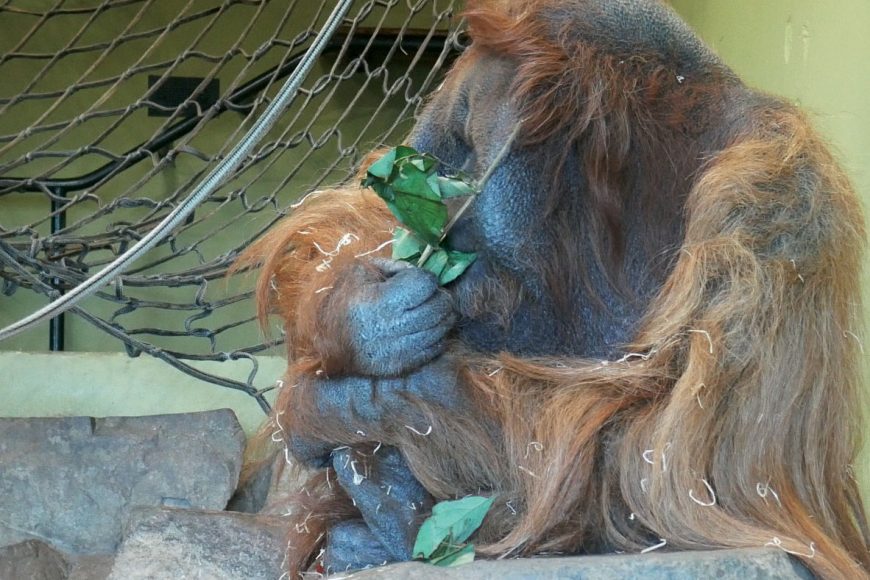 Pat added: “Both Benji and Jorong picked at the leaves on their first attempt, before quickly discarding them.

“Benji then proceeded to flick them off his rock onto the floor and on one attempt he even sat and weed on them, that’s how impressed he was!

“And Jorong simply wouldn’t have anything more to do with them.

“We recorded all our findings which we sent back to Singapore Zoo. It’s unfortunate we massively failed with our results, but we don’t know if we don’t try these things! It will be interesting to see the results from other collections.”