There’s a new Earl of Dudley… as new black-and-white ruffed lemur, Earl, has joined DZG as a breeding partner for female, Anna. 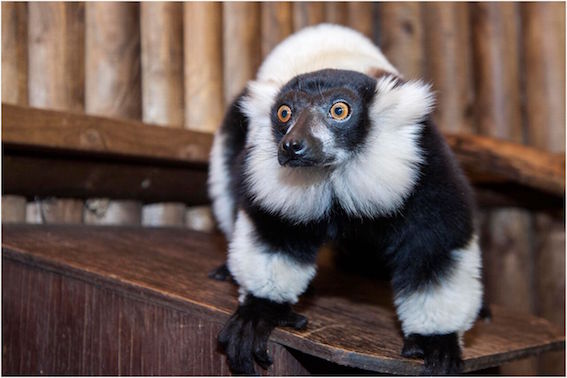 Senior Keeper Jodie Dryden travelled to Woburn Safari Park in Bedfordshire to collect the 11-year-old, where she also had a close encounter with another of its residents who took great interest in the DZG van! 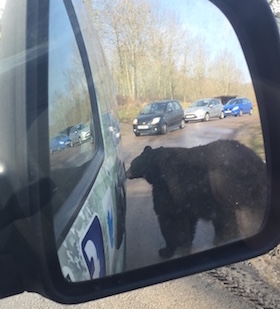 Earl has been brought to DZG to partner 13 year-old Anna in the Small Primates House and keepers have their fingers crossed the couple will soon breed.

The arrival of Earl has also meant Yoda has returned to Lemur Wood to rejoin the gang.

Section Leader, Pat Stevens, said: “Yoda was temporarily moved in with Anna to keep her company.

“When we moved him back, we covered all the black-and-white boys with talcum powder to remove all their individual smells and avoid any squabbling. 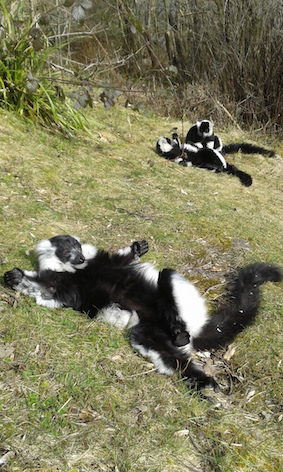 “He soon settled in again – as the photo of him catching a few sunny rays shows! – and looks like he’s got an ally in Ely (who incidentally is celebrating his tenth birthday today!) as they seem to be together a lot, but he’s like he’s never been away and is already back to his mischievous antics and has already tried the locks on the exit gates  a trait he had before!”