Tune in to the Alibi channel on Sunday at 12pm or 5pm to catch a repeat of the Dalziel and Pascoe episode filmed at DZG. 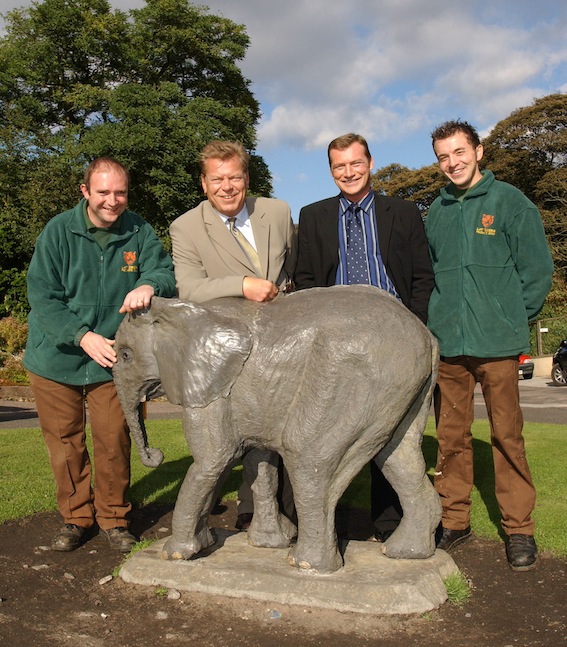 Featuring the late Warren Clarke, who died last week, the show was filmed on site over ten days in September 2004.

For the duration of filming DZG was transformed into ‘Latimers Zoo’ – a private collection of animals set around a castle – with filming centred around the tiger enclosure, giraffe and lemur houses, with the Queen Mary also turned into the police incident room.

Try and spot Assistant Curator, Richard Brown, pictured above with the stars of the show and former DZG keeper, Richard Jones, who appeared as an extra in the final footage!

Thanks to Karen Edwards for the heads up!