A group of delegates from the Chinese Association of Zoological Gardens stopped off at DZG to learn about the day-to-day running of a modern zoo in the grounds of an historical castle. 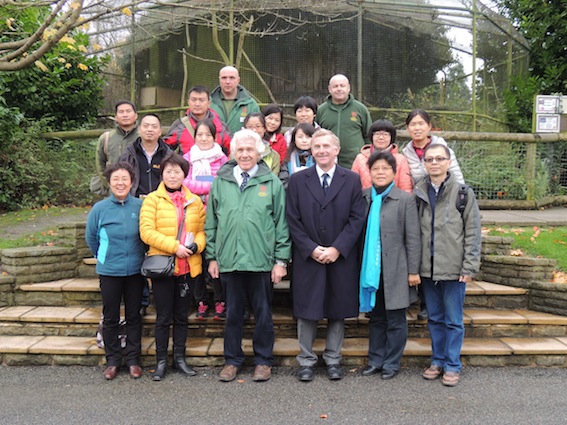 The group, which included keepers, studbook representatives and zoology specialists from Shanghai Zoo, Beijing Zoo, Chengdu Zoo and the Chengdu Research Base of Giant Panda Breeding, were taking part in a 21 day tour of the UK, visiting some of the country’s leading zoos and conservation institutes.

With the help of a translator, the 14 delegates were taken on a tour of the 40-acre site by DZG CEO Peter Suddock, Chairman of Trustees Neil Cutler, Senior Curator Derek Grove and Curator Matt Lewis, who explained the history of the zoo site and showed them some of the zoo’s world famous Tecton enclosures as well as informing them about the zoo’s ongoing conservation work. 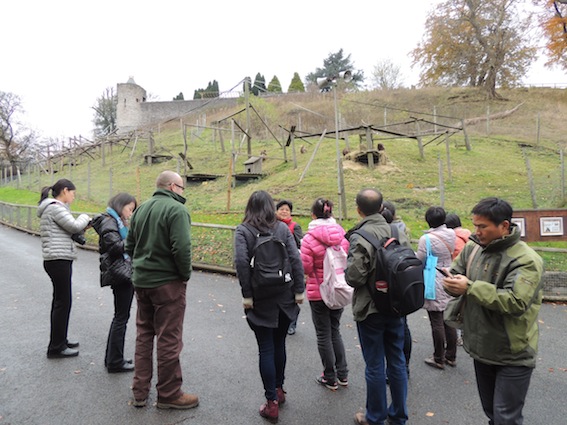 DZG CEO Peter Suddock, said: “We were delighted to show the Chinese delegates around the site. They were very keen to hear how we run the zoo as a charity and were interested to see how our enclosures were designed and we were just as fascinated to hear how they run things differently in China. 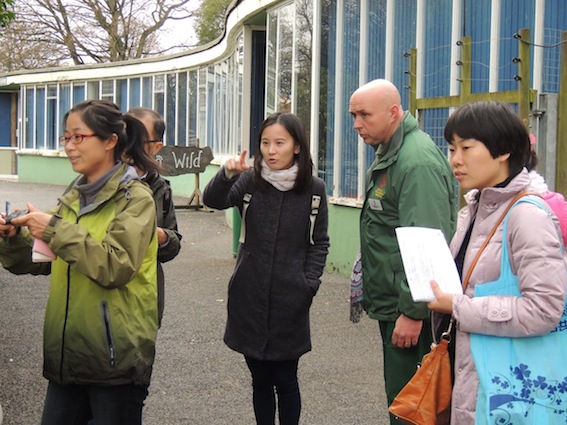 “They were particularly impressed with Dudley Castle and they all returned to the zoo entrance via the country’s only vintage chairlift.”

Chief of Office for the Chinese Association of Zoological Gardens,Yu Zeying, said: “We had a fascinating visit and learned so much about DZG.

“We will always remember the beautiful landscape, the zoo with a castle and the fantastic experience of meeting your staff.”

Before the visitors boarded their coach, staff presented every delegate with a DZG goody bag containing a cuddly zoo toy, a copy of Towers and Tectons at DZG book and a stick of Teddy Gray’s rock! 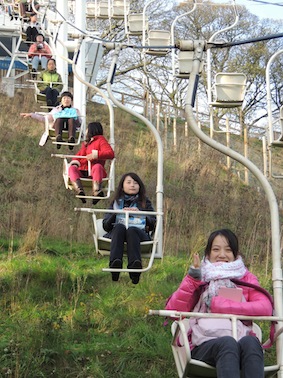 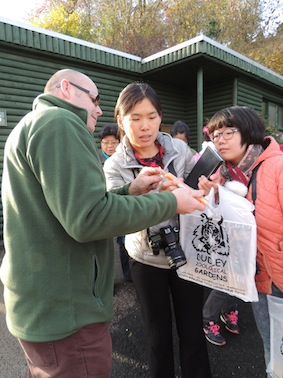 Bottom – The Chinese visitors take a ride on the country’s only vintage chairlift, while Senior Curator Derek Groves explains what a stick of Teddy Gray’s rock is!

Previous: Big Mama’s Xmas moult
Next: A camel for Christmas?