DZG CEO, Peter Suddock, and Head of Media and Communications, Jill Hitchman, joined hundreds of fellow British Food fans in a Harvest Service at Westminster Abbey attended by HRH The Duchess of Cornwall. 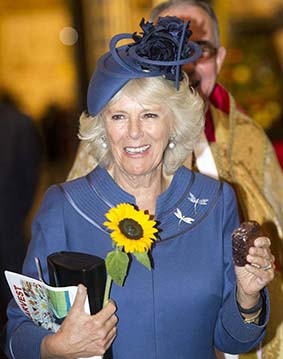 The event was the first harvest festival to be held at the Abbey since 1966 and was staged as part of British Food Fortnight’s (BFF) campaign to rekindle the tradition of celebrating produce in the autumn.   In 2010 DZG was the first British zoo to support BFF and participates in its annual campaigns.

Peter Suddock said: “It was a great privilege to be invited to the service, which was a truly memorable celebration of the very best of British food.”

Organiser and founder of British Food Fortnight, Alexia Robinson, said: “There is much to celebrate; we are fortunate to live in a country with four distinct seasons and a vibrant farming community that, despite relentless challenges, continues to succeed in producing some of the highest quality food in the world.”   The service, which was conducted by the Dean of Westminster, the very Rev Dr John Hall, was also attended by actors Martin Clunes and Damien Lewis, Hairy Biker and Strictly Star, Dave Myers, and The Rt Hon Owen Patterson MP, Secretary of State for Environment, Food and Rural Affairs.

Buying the Best of British

DZG Head of Media and Communications, Jill Hitchman, said: “All of our animals enjoy a well-balanced diet that takes advantage of seasonal produce. 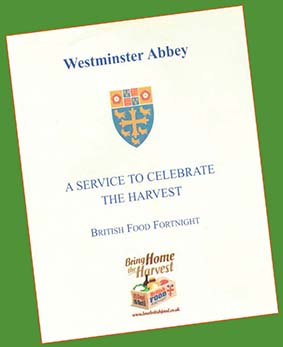 “We know how important it is to buy British, we’ve been doing it for the past 76 years.    “Since the zoo was founded in 1937 we have sourced locally-grown food, bought from suppliers on our doorstep, and opted for seasonal produce wherever possible.”   Jill added: “There are more than 1,300 animals at DZG representing 200 species, and that’s a lot of mouths to feed.

“Our current annual food bill comes in at £112,000, which is more than £2,150 per week; we have to find those funds regardless, so we really need to get best value for money which is why we buy British.”