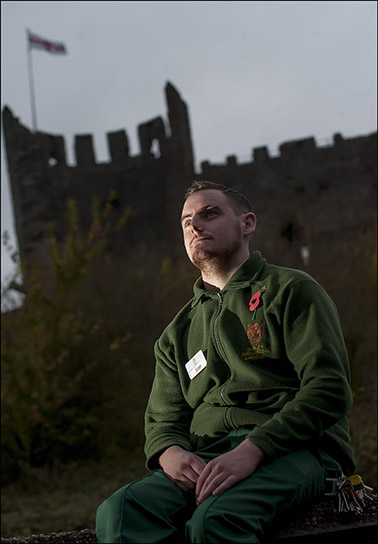 CEO Peter Suddock, said: “All DZG employees from keepers, maintenance, catering, gardeners and administration staff will mark the 11am silence out of respect for the servicemen and women who died fighting for their country.”

DZG has marked Remembrance Sunday and Armistice Day every year since the war ended, with on-site tannoy announcements muffled, while staff wear their poppies with pride on their uniforms.

Mr Suddock added: “On Sunday our youngest members of staff, the apprentices, represented DZG at the annual civic Remembrance Sunday service and parade, where they laid a wreath at the town’s cenotaph in Ednam Road.”

Following the outbreak of World War II in 1939, just 18 months after DZG opened, five keepers, along with the head gardener were called to service.

Previous: Brushing up on DIY skills
Next: Chairlift’s winter makeover