DZG is at the centre of an international conservation battle to save black lemurs (Eulemur macaco macaco) from extinction. 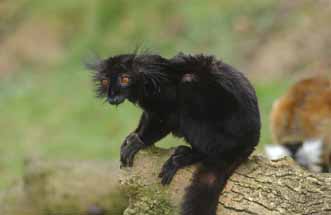 The dedicated duo’s heavily researched document is used by 50 collections, which between them have around 150 black lemurs in the territory controlled by EEP. 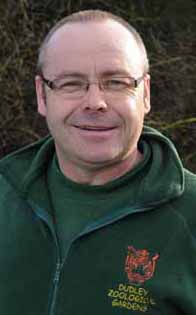 Derek said: “The studbook is a management tool updated every 12 months to help maintain a genetically healthy and demographically balanced population of threatened species in zoos and other collections, via breeding programmes for the purpose of exhibition, education, research, and as insurance to populations to the wild.

Lemurs can live up to 30 years in captivity, and on average they make between one and two moves throughout their lives.

Derek added: “I study details supplied by collections about moving surplus animals, or receiving new ones, and use it to make recommendations as to which animals should breed or be exchanged. Although this sounds simple, it rarely is.”

He said: “When DZG first started holding black lemurs in 1992, I was invited on to the species committee, and took on the role of species co-ordinator.

“At that time the USA-based international studbook keeper actively managed the European population, but when more intensive management of the EEP was required several years ago, it was agreed that DZG would collate the studbook independently from the international record.” 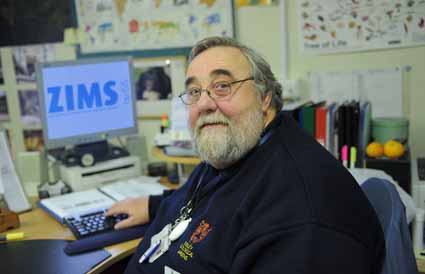 Dr Beeston amasses details of all births, deaths and transfers within collections since the last census, and identifies surplus animals and plans for new breeding programmes and inserts the updated data into the studbook.

He said: “The studbook allows us to analyse the population and work out which animals can be moved to set up breeding pairs.

“The information enables us to identify which animals are closely related, as we must avoid in-breeding to prevent defects occurring in the species.”

Every three years an expanded version of the studbook is published to provide additional demographic information.