We’re on red alert today as we celebrate our international conservation programmes with the world’s most endangered species. 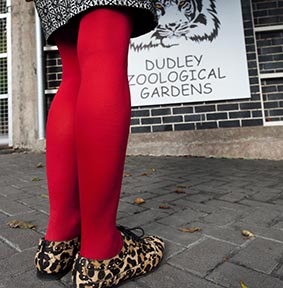 And we’re inviting YOU to join today’s fun by donning your brightest pair of red socks or tights and visiting DZG for a discounted admission price of £10 for adults, £6.50 concessions and £5 for children.

Throughout November the British and Irish Association of Zoos and Aquariums (BIAZA) is marking the 50th anniversary of the International Union for Conservation of Nature (IUCN) Red List with a series of themed events and we’re joining the survival campaign by hosting Red Sock Sunday to highlight the plight of some of the world’s rarest animals.

DZG Head of Media and Communications, Jill Hitchman, said: “The IUCN Red List is a comprehensive inventory of the global status of species and is a vital tool used by animal conservationists to highlight threatened species across the world.

“The list is a powerful instrument that drives action for nature conservation and was launched to increase awareness of the enormous variety of life on our planet and raise the profile of species that are at risk.”

She added: “DZG is home to many species that are classed as critically endangered or endangered on the IUCN Red List and we continually strive for the survival of these creatures.

“Sadly, some are facing extinction in their native lands, so it is absolutely vital that we do all within our power to raise awareness of their situation and help ensure the survival of these species for future generations.

“Extinction is not an option.”

DZG holds an impressive breeding record for one of the world’s rarest big cats, the Sumatran tiger, which originates from the Indonesian island of Sumatra where numbers of this magnificent creature are now as low as 300-400 in the wild.    Eight cubs born at DZG between 2000-05 increased the world population of this sub-species by two per cent and went on to boost programmes across the world.   We have held Sumatran tigers since 1994 and our current twosome, four-year-old Daseep  who is ranked genetically as the world’s second most important female  and two-year-old male Joao, are paired as part of a major international conservation project.   Our in-situ work includes supporting 21st Century Tiger and Spotlight on Sumatra and this year alone we have raised £3,000 for those charities via our annual Onesie Walk and Global Tiger Day projects which will be further boosted by proceeds from sales of our 2015 calendar. 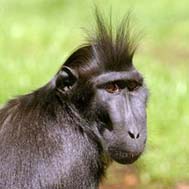 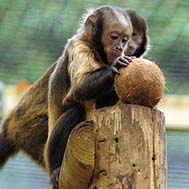 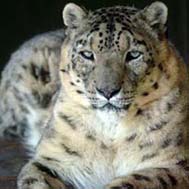 Previous: Shirts are ferret duvets!
Next: Woodchip revamp for lynx