Fans of BBC Three’s Don’t Tell the Bride may have noticed DZG had a starring role in last night’s programme.

Viewers saw keepers break the news to bride-to-be Jessica and her friends that her groom, Luke, had organised for them to become Zoo Keepers for the day as part of her hen party celebrations. 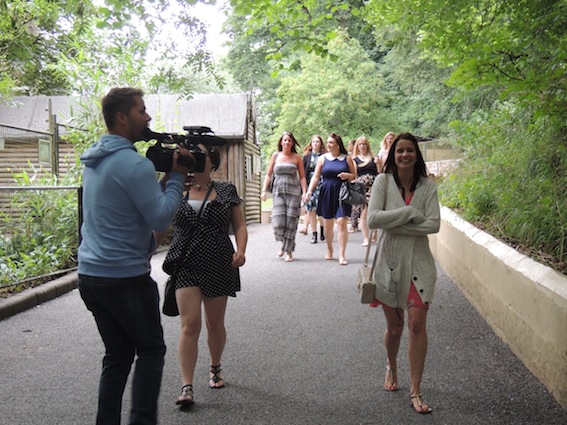 DZG Press Officer, Rachel Hickman, said: “Jessica and the girls were certainly shocked at the news and they were slightly overdressed for the occasion in smart dresses and high heels, as they thought they were being sent to the races instead.

“Thankfully they all took it all in great humour and really got stuck in.

“Jessica is a vet, as were a few of her hens, so they were not fazed at all when they were put to task cleaning up giraffe poo and really got stuck in mucking out the Barbary sheep, before hand feeding lemurs and sealions and even enjoyed a tickle with the tapirs.” 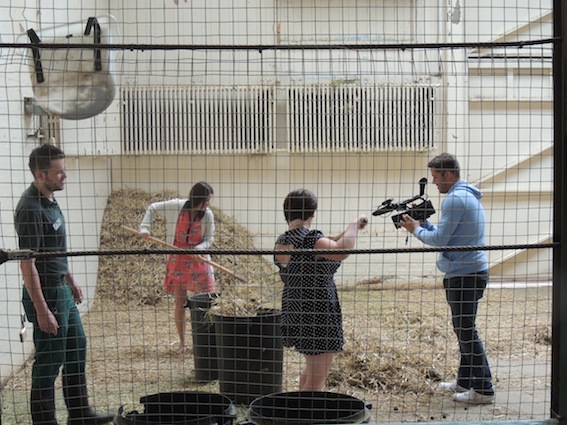 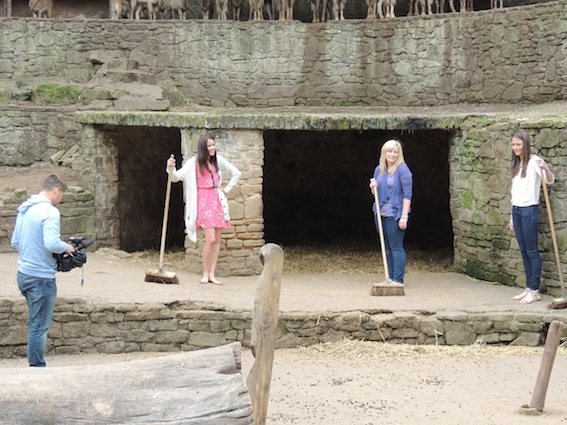 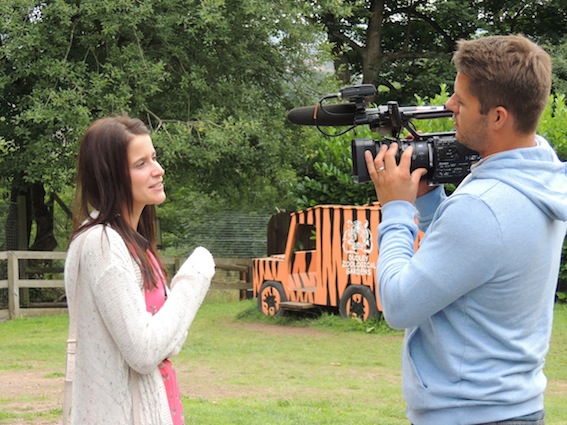 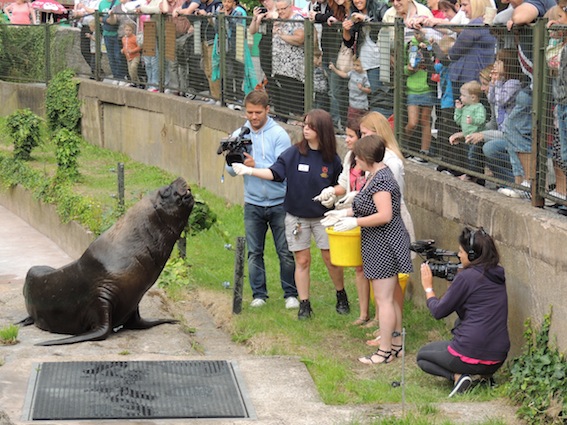 The popular reality TV show sees the groom given £12,000 to organise every detail of his wedding in just three weeks, without any input from the bride.

If you missed the show, click here to catch it on BBC iplayer for the next week. 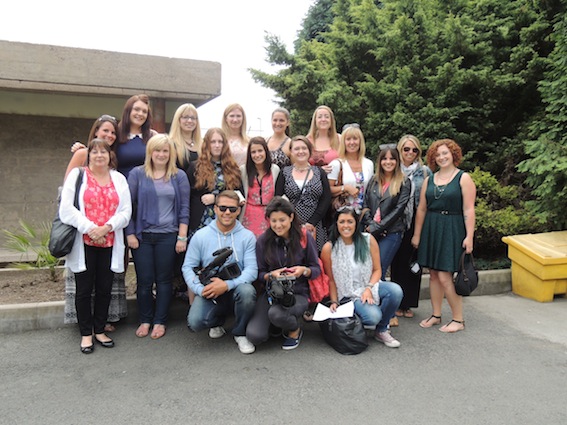