Did you recognise Sutton Vale Zoo in today’s episode of Doctors? 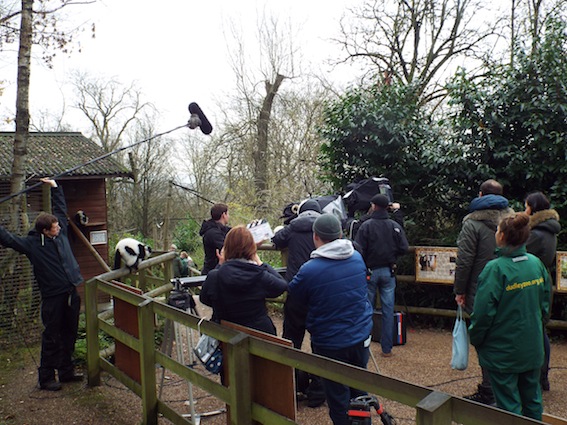 The BBC One daytime soap was filmed here on site back in November, with Assistant Curator, Richard Brown, Upper Primates Section Leader, Pat Stevens and Senior Keeper, Lesley Lewis all having starring roles as extras! 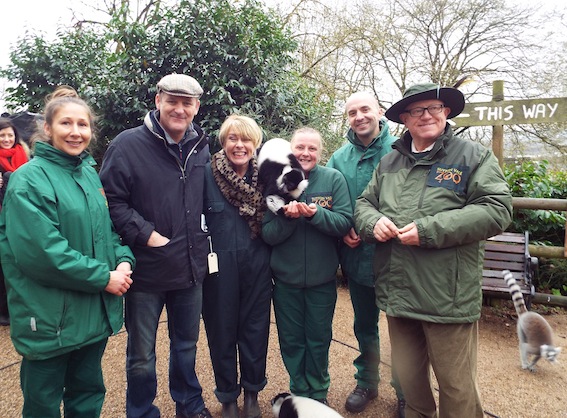 The episode showed Doctor’s Receptionist, Karen Hollins, taking part in a Keeper for a Day experience, after she was treated to the gift by her husband Rob, played by actor Chris Walker. 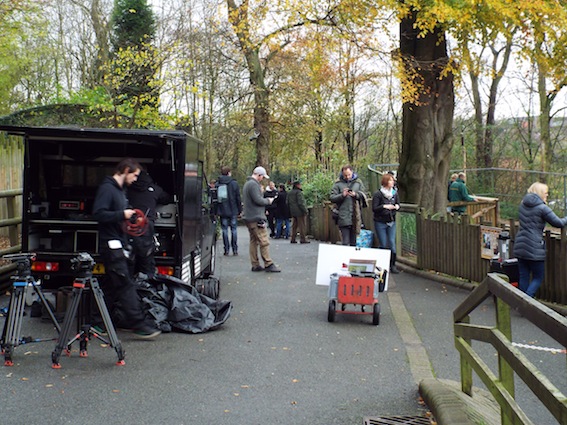 During the episode Karen, played by actress Jan Pearson, got up close and personal with some of our animals, including Charles the Bactrian camel, Josie the Rothschild’s giraffe and the Lemur Wood lads  with a little help from Sutton Vale Zoo Keeper’  former Coronation Street star, Ken Morley. 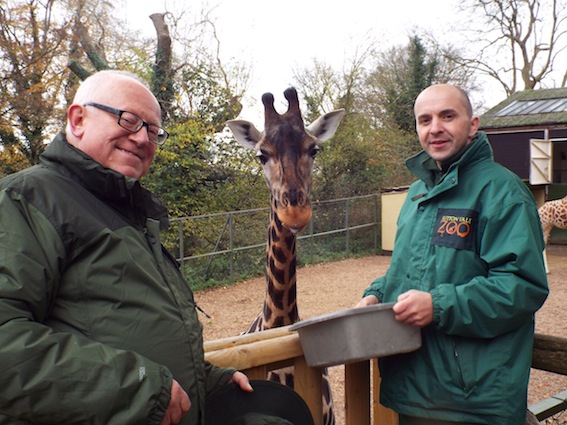 DZG Assistant Curator, Richard Brown, said: “It was a pleasure to welcome the stars of Doctors complete with a 25-strong crew to DZG for the day and it was really interesting to see how the show is put together and quite a surprise when we were asked to feature in it as well.

“The cast and crew all enjoyed meeting the animals, who all played their parts brilliantly.”

Make sure you catch the episode on iplayer  click here

Previous: Double first for Thomas!
Next: Keepers with style!