Some of DZG’s animals feature in a new educational CBeebies television series, which began airing yesterday. 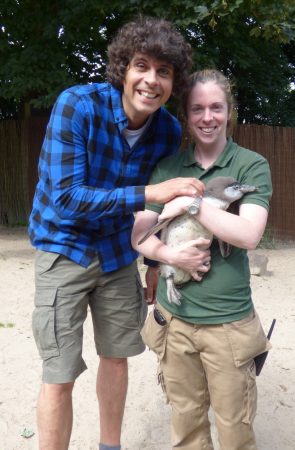 We took part in the filming of Andy’s Baby Animals back in July, when popular 6’4″ children’s presenter, Andy Day, visited the site to meet one of our baby Humboldt penguins and three newborn peafowl chicks.

The 20-part series of 10 minute daily programmes sees Andy discovering the different skills baby animals have to learn, by getting up close to a variety of species at zoo collections around the country. The show also features incredible footage from the BBC’s Natural History archive.

DZG Media and Communications Officer, Rachel Hickman, said: “It was a privilege to be involved in the show as we thought it was a great way to educate young children about some of the world’s rarest animals. 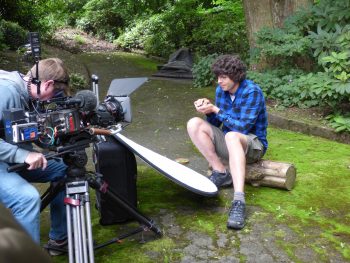 “We look forward to watching the rest of the series and spotting some familiar faces, although they don’t quite look like they did on the show anymore as all four animals have now grown up!”

Andy’s Baby Animals airs on television and online at 4.20pm every weekday for the next month.

And catch-up is available on CBeebies iPlayer if you miss it!