DZG’s bid to help a quirky amphibian stave off extinction is featured in a new report highlighting some of the best examples of how UK zoos are safeguarding the future of the world’s wildlife. 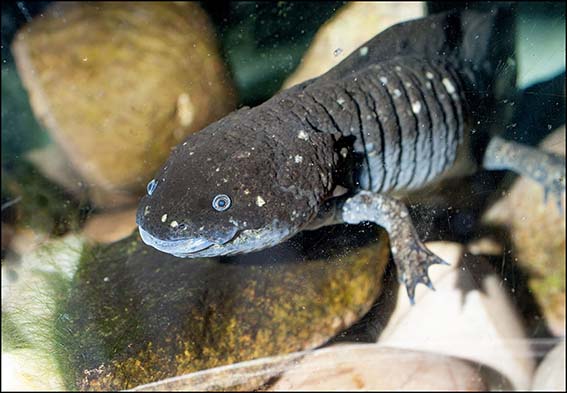 The British and Irish Association of Zoos and Aquariums (BIAZA)has compiled a list of the Top 10 reptiles and amphibians benefiting from the aid of its members in the UK and Ireland.   And DZG’s work with the axolotl (Ambystoma mexicanumis) has been recognised as vital for the survival of this species which  is classed as Critically Endangered on the International Union for Conservation of Nature (IUCN) Red List.   DZG? CEO ?Peter Suddock said: “A little-known creature, the axolotl is one of our most popular amphibians and people are fascinated by its extraordinary ability to regenerate limbs. Its very presence highlights the diverse range of animals on the planet.   “Unfortunately, it is highly vulnerable to water-quality changes and is at risk in the wild mainly due to high levels of pollution in its last remaining stronghold in Mexico.”   Dr Andrew Marshall, of BIAZA’s Field Programmes Committee, who  helped compile the list, said: “Zoos are part of a global conservation community and the list includes some fantastic species, many of which are facing a dramatic decline and are in a desperate situation in the wild.”   The Top 10 list demonstrates the importance of zoos not only for conservation breeding of safety-net populations , but also for their contribution to funding and management of projects in the field, including research, education and support for local communities, as well as protection of crucial wildlife habitats.   TV presenter and naturalist, Nick Baker is supporting the campaign. He said: “Zoos and aquariums have a very important role in this whole thing; at the scariest level they are the ark.    “They are where the insurance populations of these animals can be looked after and understood and studied. As much as BIAZA are very important in holding the ark population, they are also very important in being that interface between these animals and the public.    “The problem with these animals is that they do not have an instant appeal to the masses, and as a consequence can get forgotten. When zoos show them to the world they are reaching people, spreading the word and getting them to appreciate what these animals are about.”

DZG’s axolotl is on show in the Discovery Centre education block.

BIAZA’s top ten reptiles and amphibians most reliant on zoos are:

The axolotl is a carnivorous amphibian found in a polluted complex of lakes, which was once part of an extensive wetland system.     Their extraordinary ability to rapidly regenerate lost limbs, as well as other tissues such as heart and lung cells mean that axolotls are often used as model species in research laboratories.     Living up to 25 years, they have surprisingly few natural predators but are extremely vulnerable to water quality changes, and increased levels of iodine in their water can cause axolotls to metamorphose into salamanders.