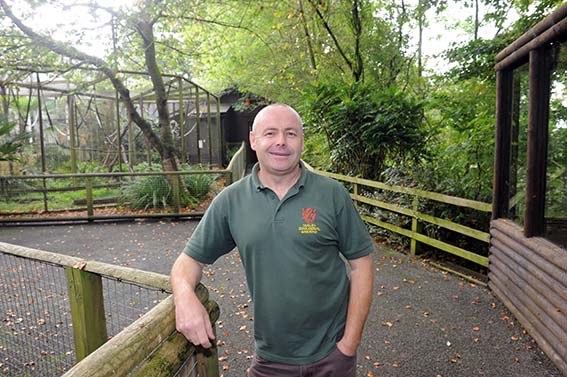 Derek joined zoo delegates from across Europe at the three-day event which saw a packed programme of events which included TAG (Taxon Advisory Group) meetings, committee sessions and workshops including features in new zoo exhibits, ex-situ and in-situ conservation programmes and a presentation on the conflicts between brown bears and humans living within the National Parks in isolated areas of Italy.

During the conference a species committee meeting for the Black lemur European Endangered species Programme was also held, of which Derek and DZG is the studbook holder – co-ordinating the breeding programme for the lemur species across Europe.

Derek said: “We discussed how we can move towards producing best practice guidelines for the species, which would greatly benefit new holders.”