We’re helping to celebrate Britain’s fabulous flora and fauna this weekend as part of BBC’s Summer of Wildlife.

Presenter Becky Iwahashi will be joining BBC TV presenters Ellie Harrison (Countryfile and Britain’s Big Wildlife Revival), Mike Dilger (The One Show), David Lindo (aka the urban birder’), Martin Hughes-Games (Springwatch) and Dr Rhys Jones (Wildlife Patrol) at Sutton Park in Sutton Coldfield on Saturday, September 14 accompanied by a variety of feathery, furry, scaly and slimy native animals from DZG’s collection.   Visitors to the free event, which runs from 10am until 5pm, will be able to meet our Peregrine falcon, kestrel and buzzard, as well as having the opportunity to get hands on with African land snails, snakes, ferrets and a salamander. 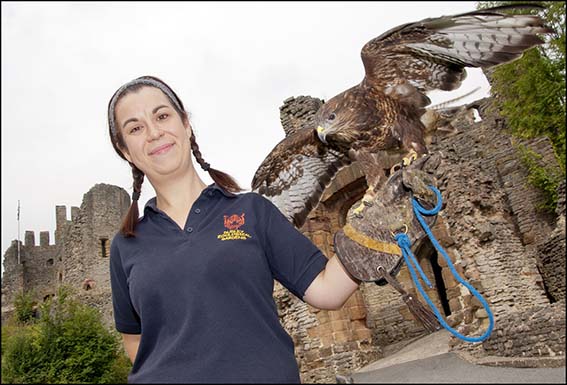 Becky  pictured above  said: “It will be a great event for families to find out more about the vast variety of British wildlife which can be found everyday around us.   “I’ll also be taking part in a number of animal showcases throughout the day, where I will be talking about some of DZG’s native species and hopefully trying to inspire children to look out for the wildlife around them. So if you’re visiting, come and say hello.”   In addition to the animal talks, there will also be an opportunity for visitors to test their own wildlife knowledge against the BBC presenters in a family quiz, take part in TV presenting, as well as meeting BBC camera and sound experts who will be revealing the secrets of wildlife filming.   For more information visit www.bbc.co.uk/summerofwildlife