Colourful art work featuring some of DZG’s animals have gone on show across the West Midlands. 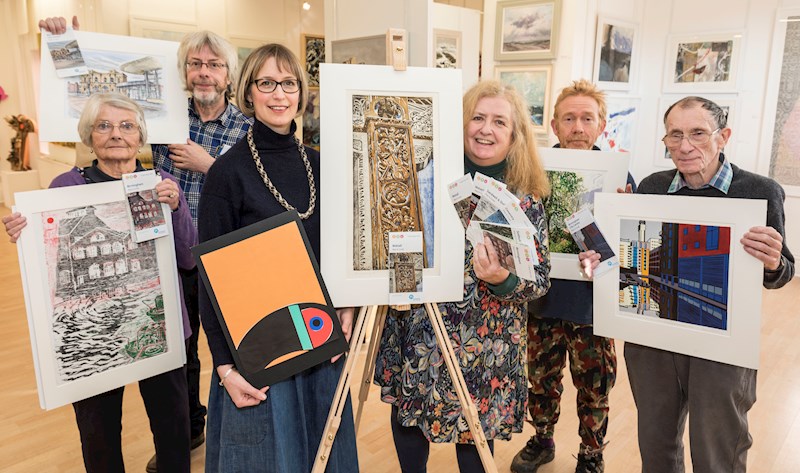 Artist Ann Taylor from Birmingham – pictured third from left – has created silkscreen prints of a flamingo, owl, giraffes, snake and a toucan which are featuring on posters across the region as part of a project commissioned by the West Midlands Combined Authority’s Transport for West Midlands. 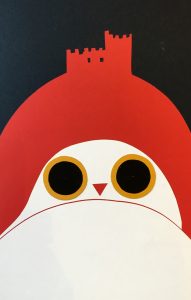 o is a keen supporter of our work, said: “I wanted to create imagery about the zoo to help promote it and advertise transport links to it. We have visited the zoo many times and it is a worthwhile attraction that needs supporting.”

To create the prints Ann spent time observing the animals and took photographs of her preferred species, before taking inspiration from the 1930’s art deco style and our site’s iconic Tecton architecture.

Ann, who’s a member of Birmingham Printmakers group, added: “I created the images firstly by cutting up coloured papers, before developing them into silk screen prints. 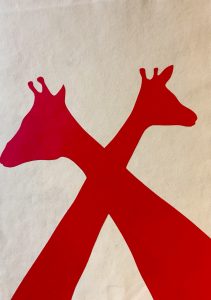 “I wanted to create bold, simple images that would catch the eye and I’m really pleased with the results and it’s given me a real sense of achievement to know that the work will be seen by the general public.”

And following the project, Ann’s keen to continue her association with DZG, by starting an animal alphabet based on some of popular species.

DZG Media and Communications Officer Rachel Hickman, said: “We’re pleased to see Ann took such inspiration from our exotic animals and her designs are really striking.

“We hope her colourful artwork will encourage travellers on the West Midlands routes to make a stop at DZG during our 80th anniversary year and help us celebrate, while learning more about some of the rarest animals in the world.”