Big smiles from Adam Kossoff as he prepares for the premiere screening of his 1950s-style film, Animal Architecture, in a private viewing this afternoon in our Tecton Interpretation Centre. 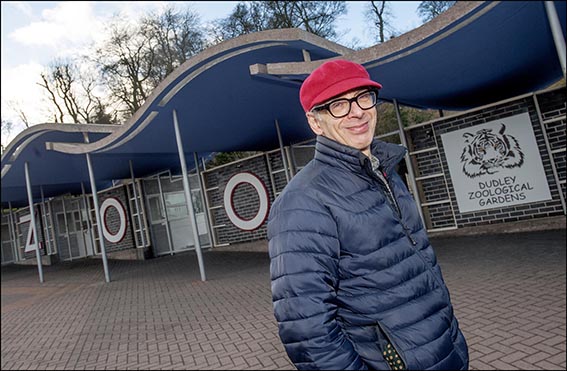 Animal Architecture tells the story of Dudley Zoological Gardens, designed by Modernist architect Berthold Lubetkin in the 1930s, and follows the restoration progress of four of his unique Tecton structures.   Adam said: “Filmed on a 16mm Bolex, narrated by Dudley-born Lenny Henry and capturing the everyday poetic atmosphere of the zoo, Animal Architecture emulates the documentary style of the 1950’s Free Cinema’ movement.”    The black and white film was shot at DZG in spring 2014 by Kossoff, a Reader in the Moving Image at the Faculty of Arts, University of Wolverhampton, whose work has been screened and exhibited internationally.

Previous: DZG on Doctors!
Next: On reflection . . .