A 1950s-inspired film, based on Dudley Zoological Gardens, received its premiere screening in our newly-opened Tecton Interpretation Centre.

Animal Architecture, which has been made by renowned artist and writer, Adam Kossoff, was filmed throughout late spring 2014 and features life at DZG, focusing on the relationship between visitors, animals and buildings. 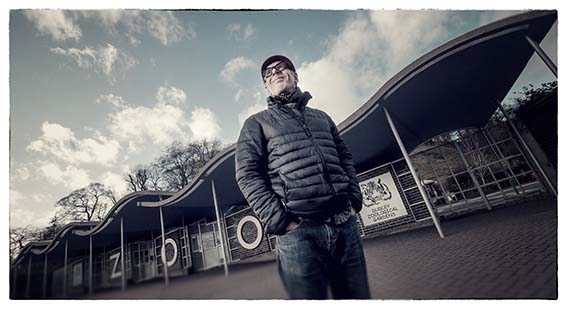 Adam, pictured above, said: “Animal Architecture tells the story of Dudley Zoo and the restoration of its unique animal enclosures, which were designed in 1937 by Modernist architect Berthold Lubetkin. 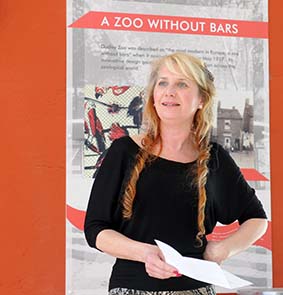 “It emulates the black and white documentary style of the 1950’s ‘Free Cinema’ movement and was filmed on a wind-up 16mm Bolex camera to capture the everyday, poetic feel of the zoo.”   Compiled during the restoration of the zoo’s Entrance and Bear Ravine, the film reveals how Modernist design gave equal importance to the architecture of the enclosures as it did to the welfare of the animals and explores the relationship between humans and animals, while emphasising the zoo’s atmosphere and its importance as a leisure and cultural attraction for local people.   The idea for the 17 minutes 30 seconds film, which took two years to complete, was mooted by Kossoff during his filming of Made in Wolverhampton, when he visited DZG for the first time.   The film, which was introduced to the VIP guests at Saturday’s launch by DZG Trustee Kim Fuller, pictured right, and has been funded by the Arts Council of England, will be shown in DZG’s Tecton Interpretation Centre for a three-month period before transferring to Wolverhampton Art Gallery. 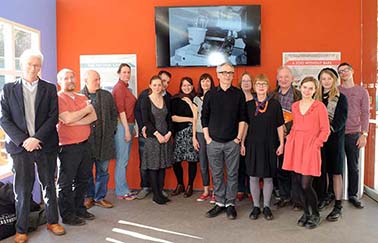 DZG Head of Media and Communications, Jill Hitchman, said: “It was fascinating seeing Adam and his team at work and we were delighted that the screening took place in our newly-opened Tecton Interpretation Centre  a natural home for his film.   “Initial feedback has been immensely positive and the film will continue to run for zoo visitors to enjoy.”

VIP guests at the premiere screening of Animal Architecture. 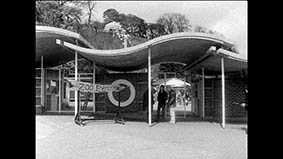 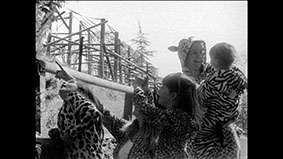 Shots from Animal Architecture, a 1950s-style film set at DZG exploring the relationship between humans and animals.

The narration for Animal Architecture was done by Dudley-born comedian and actor Lenny Henry.

DZG CEO, Peter Suddock  pictured with Lenny  said: “We are delighted that Lenny did the voiceover as he has strong connections with the
Previous: On reflection . . .
Next: Your new carriages await!