DZG has bred its rarest mammal in 75 years  twice in one month! 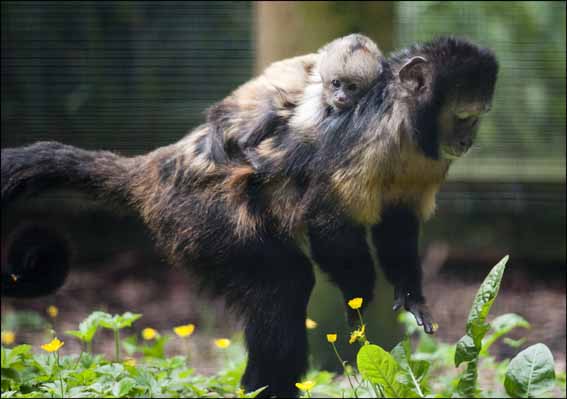 Two yellow-breasted capuchins, among the world’s rarest species of primate, were born over a three-week span.

DZG Curator, Matt Lewis, said the capuchins are the rarest mammal that the zoo has bred.

He said: “The yellow-breasted capuchin is critically endangered, and among the top 20 rarest primates in the world.

“Approximately 300 are known to be living in the wild, rendering the species at a very high risk of extinction.”

He added: “In the wild it has a very fragmented population due to the deforestation of the rainforest, and this makes it hard for capuchins to breed.

“It is excellent news that the breeding group we brought together last year has already proved to be viable.”

A new species to DZG’s collection, Dinya transferred from Edinburgh Zoo last June, Willow followed a month later from Colchester Zoo and Holly joined them from Dierenpark Amersfort, in Holland, in September. 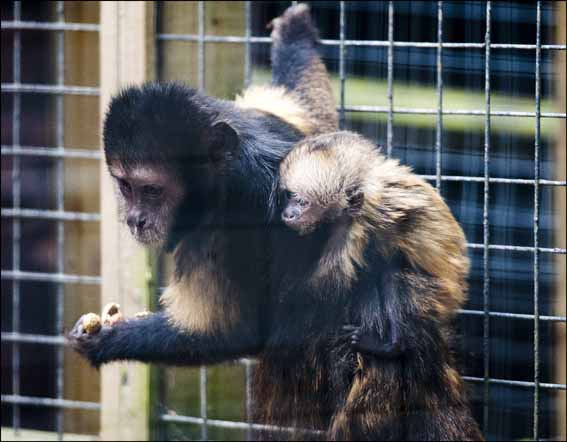 Part of an international conservation programme, the trio remains the property of the Brazilian government, and is on loan from Rio Primate Centre.

Team Leader Upper Primates, Pat Stevens, said: “The babies are doing well and are being fed by their mothers. The two mums, dad and babies are all living together and getting along fine  it’s just the best possible news.”

He said: “These babies are very important and are part of a European Species Survival Programme (ESSP) for this critically endangered species.”

Yellow-breasted capuchins are clever primates, skilled at using their hands and notoriously good at solving puzzles.

In the wild, they are found only in the Atlantic rainforest in Brazil. They are mostly black and brown, but have golden yellow fur across their upper arms, chest and stomach.  Numbers in the wild have been slashed by 80 per cent over the past four decades, due to habitat loss and hunting. 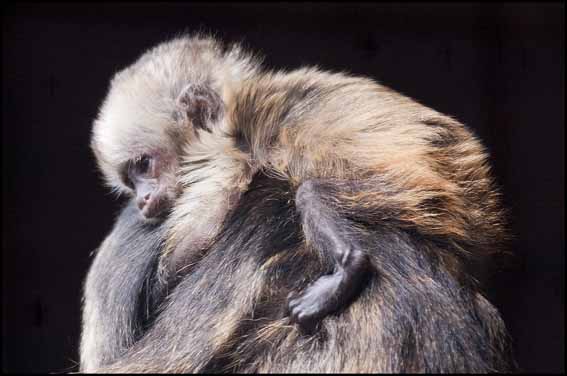 CAPTION: Baby love:?These two critically endangered yellow-breasted capuchins made history at DZG when they were born within three weeks of each other  the rarest mammals to be bred at the site in 75 years.

A group of South American artists called in to take a peek at the baby capuchins this week during a break from Birmingham’s Espirito Brum festival.

Presenter Caroline Howard said: “One of the themes of their festival work is disappearing species and after they had visited the capuchins I introduced then to some of our Native Species programmes which they had never seen before.

“This included our 450 Fen raft spiderlings who are based in a creche within the Education block.

“They were fascinated by the project and spent quite a while on site.” 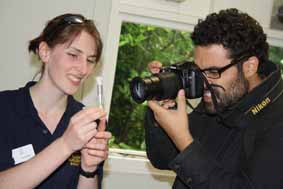 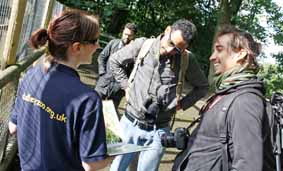 Previous: Orville CAN fly!
Next: It’s the high life for Orville!