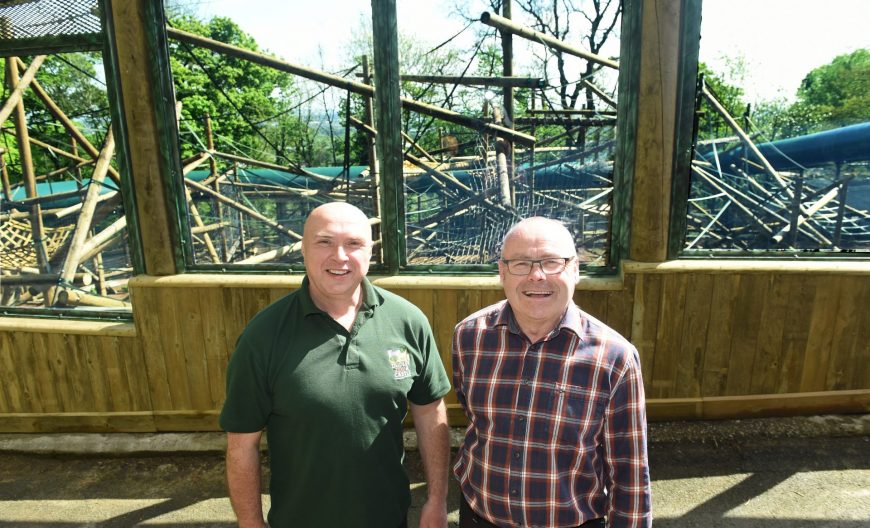 After a year-long build at the Midlands attraction, staff report Djimat, Jazz, Sprout and Benji, have been making great use of the additional 1,300 square metre outdoor space, which includes an extensive timber frame, hammocks, shelters, platforms, webbing and ropes.

DZC Curator Richard Brown, said: “This enclosure is life changing for the orangutans and it was quite emotional for staff to watch them exploring the climbing apparatus, which showcases the natural behaviours of the arboreal ape species.

“We’re all incredibly proud to achieve this long-term goal, especially during these troubled times.” 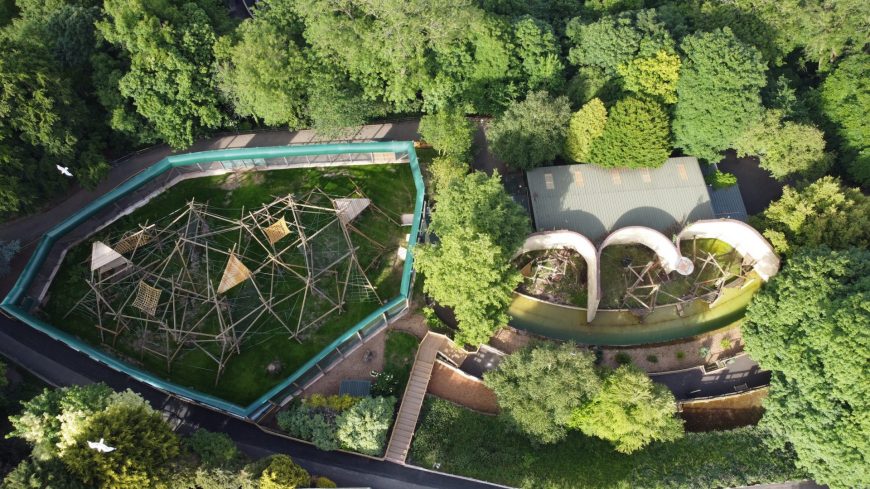 Planning permission was granted for the development in mid-March 2020, but acquiring that in itself was problematic for the attraction which is based on a conservation site that hosts 12 Grade II listed buildings and a Grade I listed monument, Tree Preservation Orders and two Scheduled Monument Orders. Construction was then delayed for a further 12 months as a result of the covid pandemic.

Work finally commenced in early 2021 and was completed in May this year, with signage and interpretation including contributions from a local contemporary graffiti artist to help reinforce conservation messages about palm oil. 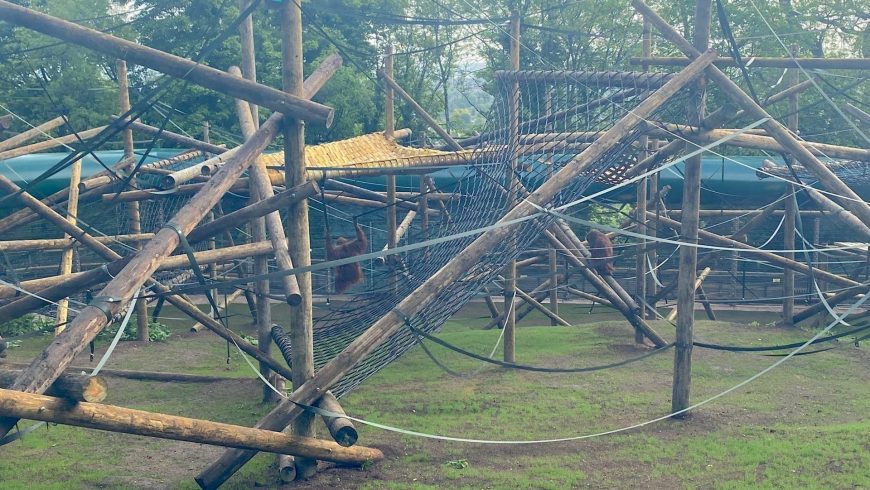 Zoo Director Derek Grove, said: “In the midst of the excitement of a new enclosure, opening the door to allow the animals access for the first time is often an anti-climax, so it was hardly surprising when nothing happened except an orangutan having a peek at the wrong end of the tunnel!

“It can take hours, or in the case of our solitary male, Benji, even days for an animal to decide if it’s safe enough, but it was wonderful to watch our orangutans’ initial reservations overtaken by their curiosity as they came out to explore.

“All the orangutans are benefiting from access to a large complex, outdoor facility and the response from staff and visitors has been incredibly positive.”

And as part of DZC’s investment into our orangutans on-site, it is also investing in their wild cousins by committing to help fund the Sintang Orangutan Rescue Center in Indonesia, which focuses on the rescue, rehabilitation and release of orangutans back into the wild.