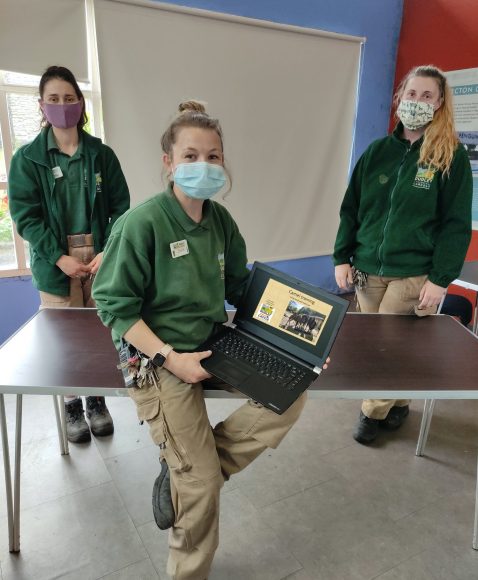 Jodie spoke about housing geladas, Cheyenne explored the use of Tecton buildings in a 21st century zoo while Chloe delved into camel training, using sound and visual cues.

Curator Richard Brown said: “It was great to see DZC represented so well at the annual conference.

“ Their presentations, which were selected by BIAZA to feature during the event, were excellent and testament to their hard work.”

Previous: Fancy jumping aboard the Zoo Crew?
Next: A proper farewell!