A beacon of remembrance has been lit at the top of Dudley Castle to mark 100 years since the end of the First World War. 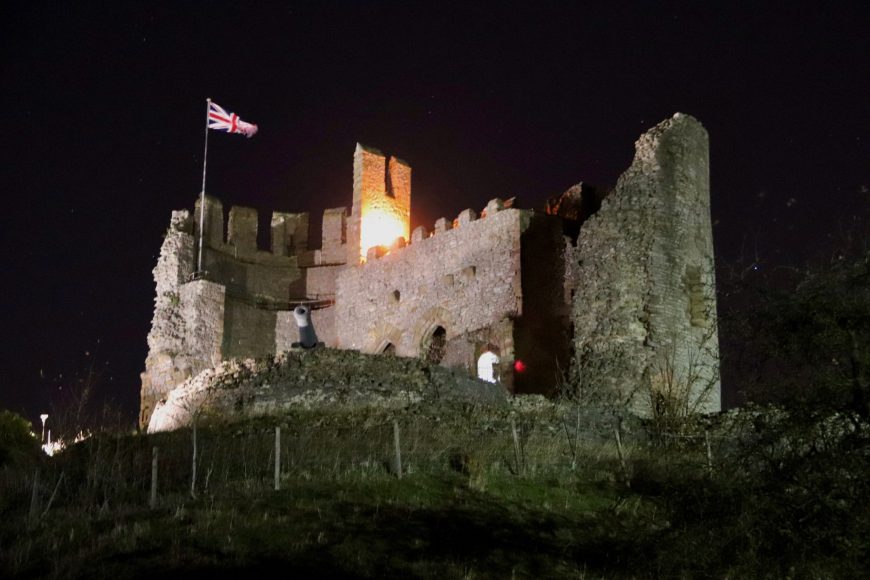 Mayor of Dudley, Councillor Alan Taylor, ignited the flame at the landmark location at a special ceremony at 7pm last night as part of a nationwide day of commemorative events. 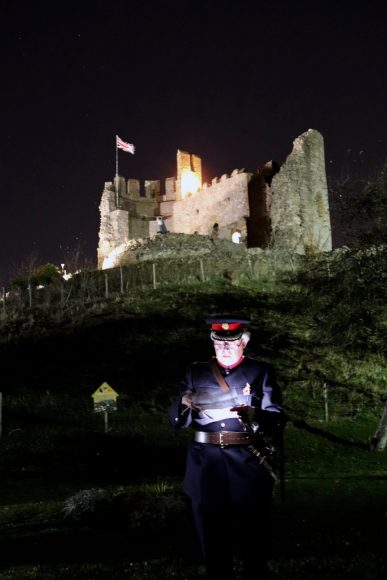 WW1 Beacons of Light saw more than 1,000 beacons of light spring up around the UK to pay tribute to the millions killed or wounded in battle, and those on the home front who struggled amidst pain and loss to help ensure freedom survived.

The beacons, which symbolised an end to the darkness of war and a return to the light of peace, were all lit at 7pm on Remembrance Sunday.

Along with the mayor and his wife, the castle ceremony was attended by Dudley Council officials, the Deputy Lieutenant of the West Midlands and invited servicemen and veterans.

The Rev James Treasure gave the welcome address before the mayor lit the beacon at the top of the 11th century monument in the heart of the zoological gardens. The last post was played and a two-minute silence was observed.

Zoo Director Derek Grove said: “We were delighted and honoured to be part of the nationwide celebrations and pay tribute to the those who courageously gave their lives in battle.

“It was hugely symbolic to see the flame burning brightly from the top of the castle and it should have been seen for miles around. We were also flying the Union flag for the incredibly important occasion.”