Registrar and Research Co-ordinator, Dr David Beeston, has today been congratulated by zoo bosses after notching up 35 years of service. 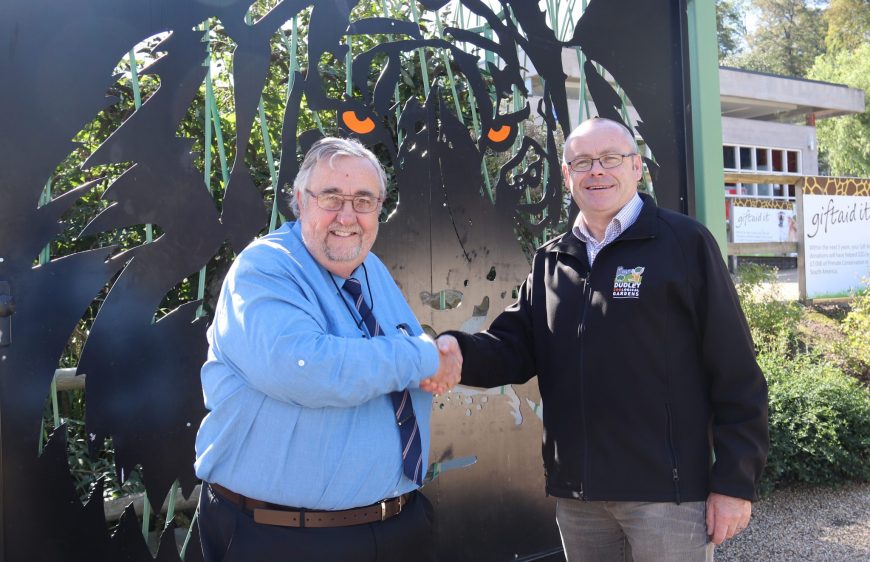 The 65-year-old officially joined Dudley Zoo on October 1, 1983 when he set up the education department and established our popular programme of feed and talk times.

The dad-of-three from Birmingham headed up the education department until 2003 when he took on the Registrar and Research Co-ordinator role he still carries out today.

His work involves maintaining our animal records and vet information, looking after animal moves and transportation and managing zoo licensing and animal health.

He also co-ordinates the site’s health and safety, is a part-time tutor for Sparsholt College in Hampshire and the regional co-ordinator for the Diploma in the Management of Zoo and Aquarium Animals (DMZAA), with responsibility for up to 15 students a year.

Dr Dave, who has a PhD in zoology, explained how he fell into the rewarding role. “It was quite by accident how I came to get the job actually,” he said.

“I was at Birmingham University doing a PhD when a friend of a flatmate of mine had been approached about a job at Dudley Zoo. She wasn’t interested so I rang up to see if I could go for the interview instead.

“It’s an extremely varied role and every week is different. I could have a student who needs help, a health and safety issue, I may liaise with Wolverhampton University or even get calls from the public about a strange spider or snake they have found.

“People have even called me if they are stuck on a crossword clue about an animal or if they need help in a quiz!

“It’s a very rewarding role. The zoo is a way of life, not just a job. You get caught up in the role and that’s why I’ve been here so long.”

Zoo Director Derek Grove said: “Congratulations to Dave on reaching this milestone anniversary. He has played a significant role in education and research at Dudley Zoo and continues to help young zookeepers from across the Midlands gain their animal care qualifications.”

Dr Dave’s official zoo contract began in 1983 but the grandfather-of-two actually came on site back in June 1978 when the zoo was run in conjunction with Bristol Zoo.

He married his ecologist wife Dorothy in 1979 after meeting her at Birmingham University and she also worked in the Discovery Centre for a few years.