Thomas Robinson had a seventieth birthday to remember  and made DZG history  when he became a Keeper for a Day for two days on the trot! 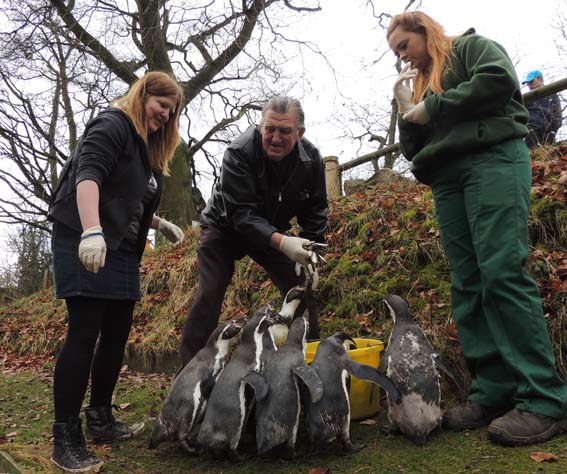 Having a visitor become a keeper for the whole weekend is a first for us at the zoo and DZG Chief Executive, Peter Suddock, said it was a delight to have the Robinson family, from Worcestershire, on site.

Mr Suddock said: “Thomas turned keeper with his daughter Sam on Saturday and with his wife Carol on Sunday  the day of his birthday  and we were thrilled he had such an amazing time.” 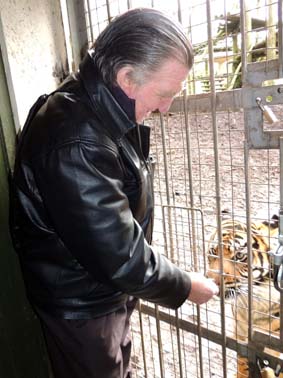 The animal-loving pensioner, pictured above with his daughter Sam Robinson (left) and Apprentice Keeper Danielle Partridge, said it was a wonderful weekend and one he would never forget.

“It was a very busy weekend and I think a few of the animals recognised me on the Sunday from the day before!” joked Thomas, from Ombersley in Worcestershire.

“It was thoroughly enjoyable and getting so close to the animals was unbelievable.

“The keepers were very dedicated and well informed. I learned such a lot and will treasure the memories of the fabulous weekend.”

He also enjoyed having a chat with ten-month-old snow leopard cub Makalu, pictured below. 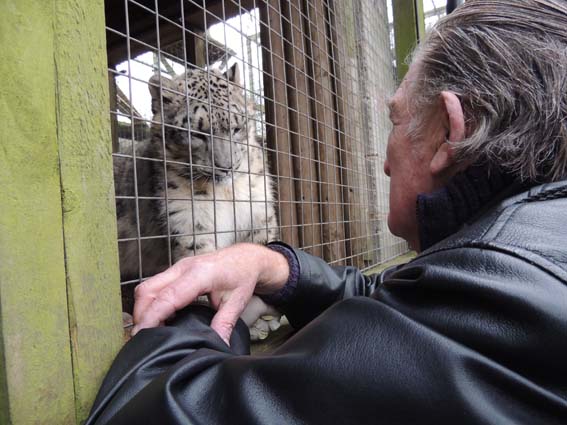