Sedgley school pupils are helping us count down to Global Tiger Day, on July 29, with some seriously smelly enrichment toys for Sumatran tigers Joao and Daseep! 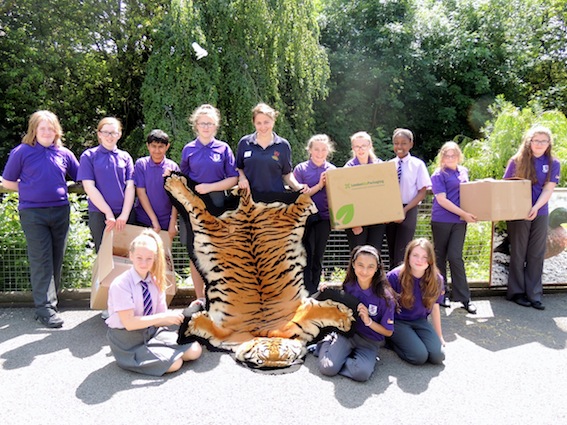 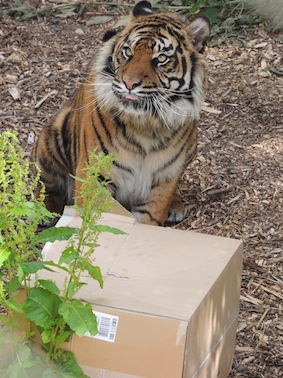 Presenter Pam Midwood, pictured above with the group and their handmade enrichment boxes, said: “The school explained they had a tiger as their house logo and had debated whether or not to adopt a tiger in the wild or in the zoo.

“They chose a captive tiger and adopted Joao, so we organised a tiger workshop for them, where I explained the importance of captive breeding programmes and life for tigers in the wild, including how their habitats are being destroyed and reasons why.”

During their visit the group made three enrichment toys for Daseep and Joao out of cardboard boxes and sacks which they stuffed full of fresh fish, herbs and spices and hay, before dropping them into the tigers’ Tecton enclosure

Presenter Pam Midwood said: “We used some new smells that Daseep hadn’t come across before, so she was a bit cautious about the boxes to start with, but her nose soon led her over to them to begin investigating and Joao even appeared from the indoor den to see what all the fuss was about.”

The children who were from years seven, eight and nine were able to watch as Daseep and Joao played with their new toys, discovering the fishy treats hidden inside. 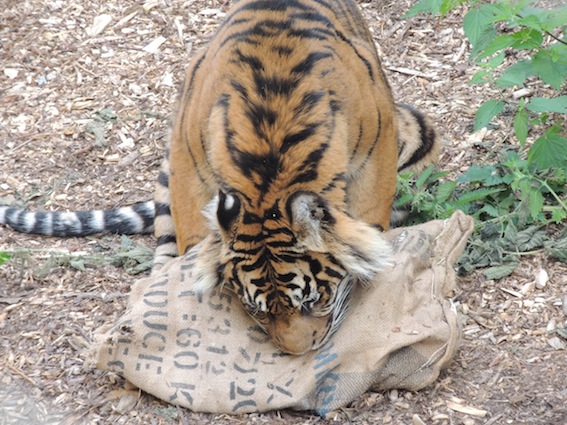 Head of Trent House, Marc Plant, said: “We had a great day out at DZG and I think us teachers enjoyed it as much as the children.

“It was really interesting learning all about tigers, before we made enrichment boxes for them and it was brilliant seeing the children drop them into the enclosure and watching Daseep and Joao investigate.”