We welcomed royalty to DZG when self-unemployed Queen of the Black Country, Doreen Tipton paid us a visit. 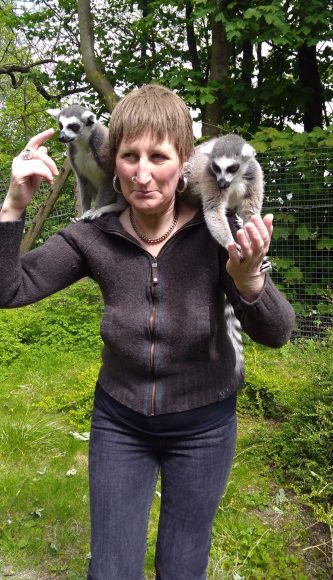 Ahead of tomorrow’s Black Country Day – the comedy sensation, who is once again starring in this year’s DZG-sponsored Christmas panto at Wolverhampton Grand Theatre, stopped off to film footage for her new DVD.

After a walk up the zoo’s hilly site, Doreen had to catch her breath with a lie down alongside Chico our Brazilian tapir, before meeting our ring-tailed lemurs in the wood.

But we surprised her by revealing we’ve named one of our new baby reindeer, Doreen, after her! 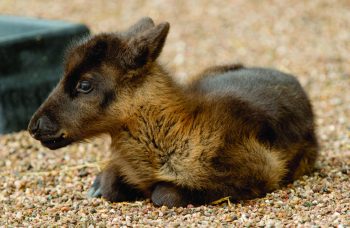 The youngster was born on April 23 and was the first born to four year-old mum, Bracken and dad, Ghost – who left us for Blackpool Zoo last month.

Doreen, said: “I’m really touched. It’s actually brought a tear to my eye, as I’ve never had anything named after me before.”

We’ll look forward to welcoming Doreen back to see her namesake at Christmas!

To book tickets for this year’s pantomime, Jack and the Beanstalk, visit www.grandtheatre.co.uk or call the theatre’s box office on 01902 429212.

Previous: Help put the animals to bed!
Next: Celebrating our bostin’ heritage