DZG’s landlocked offices were plunged into alternative use when they became a training base for a Sandwell diving club. 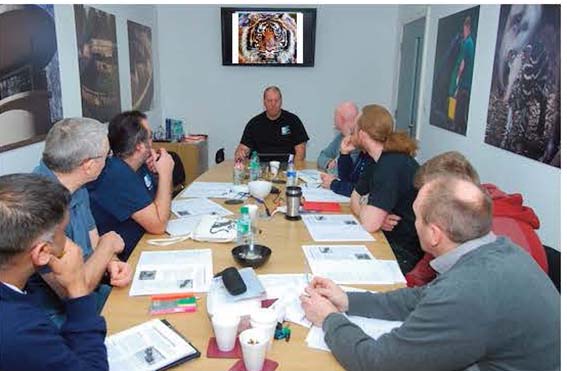 Nine members of Alpha Divers, who are based at Smethwick Swimming Centre, took part in a variety of oxygen administration practical and theory sessions in the zoo’s conference room and offices, before sitting an exam in the afternoon.

With casualties scattered around the office floor, the group were put to task administering first aid in 12 different emergency scenarios. 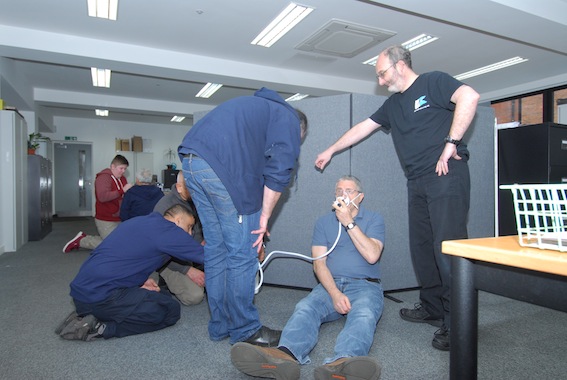 Alpha Divers spokesman and course trainer, Andrew Bessant, said: “Being competent in providing oxygen and first aid during a dive is something we all need to know. We don’t necessarily want to ever use it, but it’s vital we know what to do if we are ever needed.

“We’re heading off to the Red Sea in a few months time, so it’s great to have so many fully qualified people within the group in case anything happens.

“The zoo’s offices and conference room provided plenty of space for us to hold the training and exam, although we had to pre-warn staff not to be alarmed at the casualties lying around the office floor.” 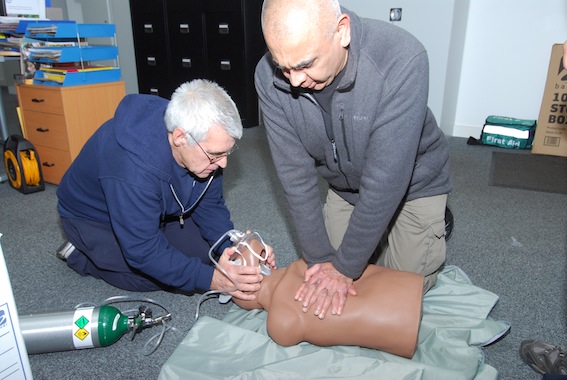