An eight year-old boy said a big diolch (Thank You) to DZG when he travelled all the way from Wales to become a Keeper for a Day at DZG. 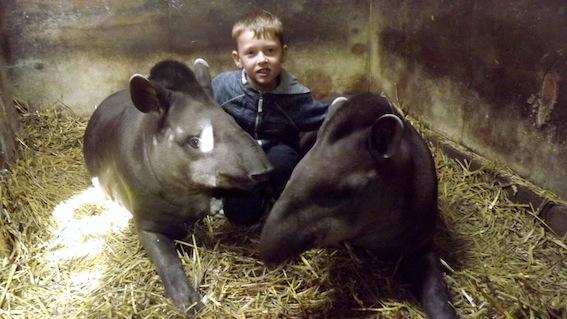 Ellis Rogers from Dolgellau, had the “best day ever” when he got the opportunity to hold some of the zoo’s small animals, including a bearded dragon, corn snake, ferret and chinchilla as part of his day.

But he was over the moon when he discovered he would also be meeting some of the bigger ones too including the meerkats, Humboldt penguins and Brazilian tapirs.

Dad, Gareth, said: “We chose Dudley Zoo for Ellis’ eighth birthday experience as it was one of the only zoo’s that offered this experience for his age.

“He has already asked if he can go back when he is older so he can meet some of the bigger animals and has told his school friends all about his day.

“Thank you to all the staff for making Ellis’ day at Dudley Zoo a day to remember.”