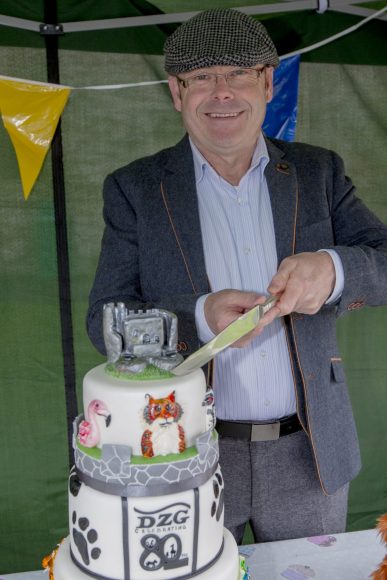 The audio service of local news is sent out for free on CD to almost 200 blind and partially sighted borough residents each week, while a monthly magazine is also produced, packed full of interviews with local people of interest.

Both are also available online with listeners situated around the globe!

Derek, who visited the station’s Stourbridge base to record the interview, which was aired prior to the zoo’s May 6 anniversary celebrations, said: “It was a pleasure to talk about the zoo’s ongoing conservation work and our forthcoming plans.

“The Black Country Talking Newspaper and Magazine is a great local resource which DZG is pleased to support and hopefully we can work together and provide interesting interviews for listeners in the future.”

Last year, Zoo Manager Matt Lewis, also provided an interview for the talking magazine as he spoke about his years working at DZG and 2016’s on-site developments.

Previous: A trio of birthday girls!
Next: Daisy moo-ves off site!