When chimpanzee, Barbie, needed dental extraction work, it wasn’t your average trip to the dentist! 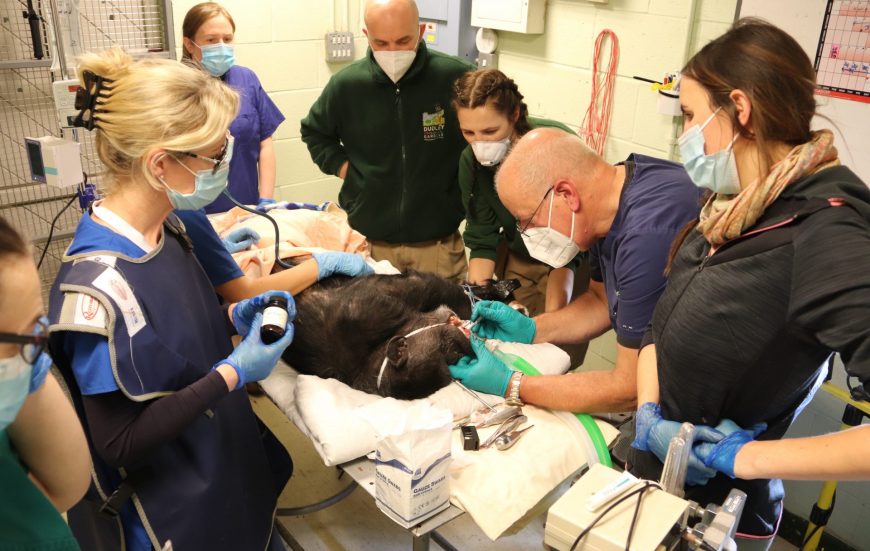 A makeshift operating theatre, complete with state-of-the art equipment, was created in the primate keepers’ office for the zoo’s veterinary team to use, alongside an expert veterinary dentist, who travelled from Manchester to carry out the two-hour operation – in a first for DZC!

DZC Curator Richard Brown, said: “Keepers had spotted Barbie’s gum around two top teeth was getting red and inflamed. It had been observed a number of times by the vet team and photos were sent to the dentist for them to be remotely assessed and the decision was made to remove them as just like humans, teeth begin decaying in ageing primates. “

However, preparation work for the procedure began months ago as keepers started working with the 43-year-old chimp to help ease any possible stress around sedation with a general anaesthetic on the day. 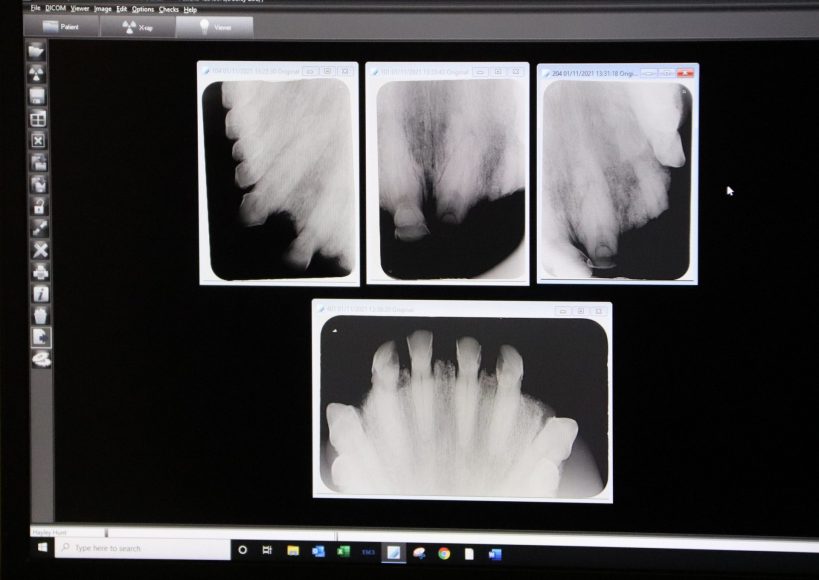 Section Leader Jodie Dryden said: “Our chimps are trained to present their shoulders for injections, but as a thigh is a better place to inject, we wanted to introduce the girls to the new method and they all picked it up within a week, thanks to reward training with a few raisin and grape treats.

“We also needed to separate Barbie off from the rest of the group, as that’s what we’d need to do on the day and we worked with her in getting her into a den by herself, which again she quickly picked up thanks to the encouragement of her favourite pear treat.

“We began by introducing a mock needle with all the group, so they were familiar with the scratch sensation, before working our way up to the proper needle we used on the day.

“By operation day, the training was a regular part of the day for the girls and worked perfectly. Barbie separated herself off from the others, presented her thigh and we were able to inject her properly with the anaesthetic.

“There were no vets or curators involved, just me and fellow keeper Stacey, so Barbie was totally at ease and it was just a much easier process than having a stranger in to dart her.

Once Barbie was sedated in the den, she was carried onto the operating table, where after an x-ray to confirm which teeth needed removing, the veterinary team got to work. 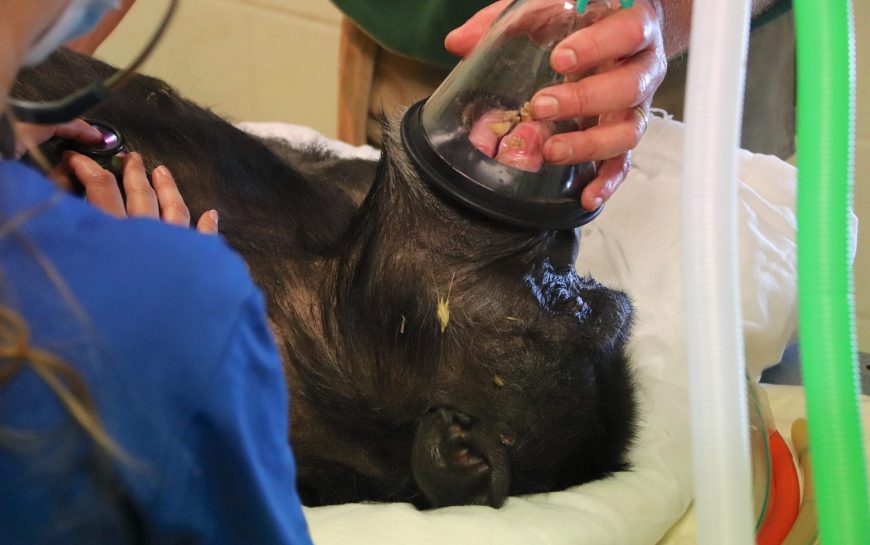 Curator Richard Brown added: “The extraction process was exactly like a human tooth would be removed and they packed the holes with a special gauze which helps to encourage healing in the cavity.

“All of Barbie’s other teeth were checked and were in good condition and the dentist finished off with a scale and polish and she was also given a full health check and in top condition.”

While Barbie was anaesthetised, a human cardiology registrar, who was also part of the medical team, took an echocardiogram – a non-invasive ultrasound of her heart – which we’ve submitted to the EAZA study, Great Ape Heart Project, alongside height and weight measurements. 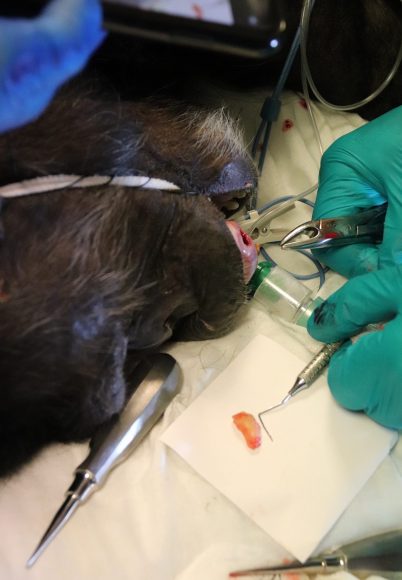 After being returned to her den, Barbie was left to rouse from the anaesthetic and was soon ready to tuck into tea, which was cooked and softened by staff for her to enjoy.

“It was such a learning experience for us all to be involved in and really interesting to watch and I’m really proud of the whole team who all pulled together to help.”