CEO Peter Suddock has expressed his delight at public response to the chairlift launch. 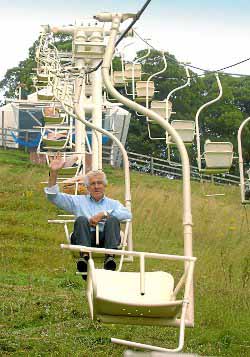 He said: “We’ve had fantastic feedback from visitors since Friday’s opening, and we’ve heard so many stories from families who have travelled on it throughout the decades.

“We’ve also had emails and calls from across the country from people who went on the chairlift when it first opened to the public and who have promised to come and try it again.”   He said: “It’s just amazing, a unique form of transport. It’s so simple to use and such a gentle form of travel, there really is nothing like it.   Mr Suddock  pictured right  added: “I’d also like to say a big thank you to everyone who has supported us throughout the launch  it’s going to be a great bank holiday weekend.”   Passengers are offered unrivalled views across the Black Country landscape as they float upwards / downwards on the 1958 craft  the country’s only vintage chairlift which has undergone a 12-week £117,000 Heritage Lottery funded refurbishment. 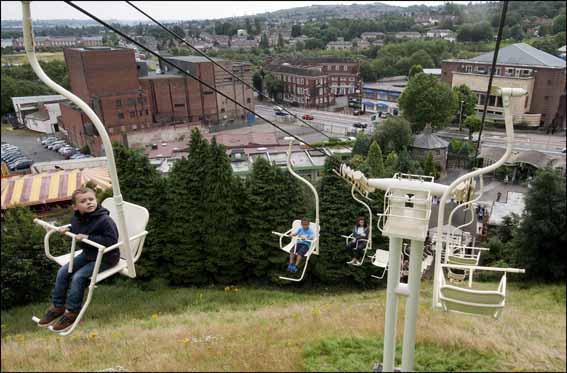 Previous: Our 1958 chairlift is launched!
Next: Little Zoo Keepers