It is with great sadness that we announce the death of DZG’s majestic male Asiatic lion, Jetpur. 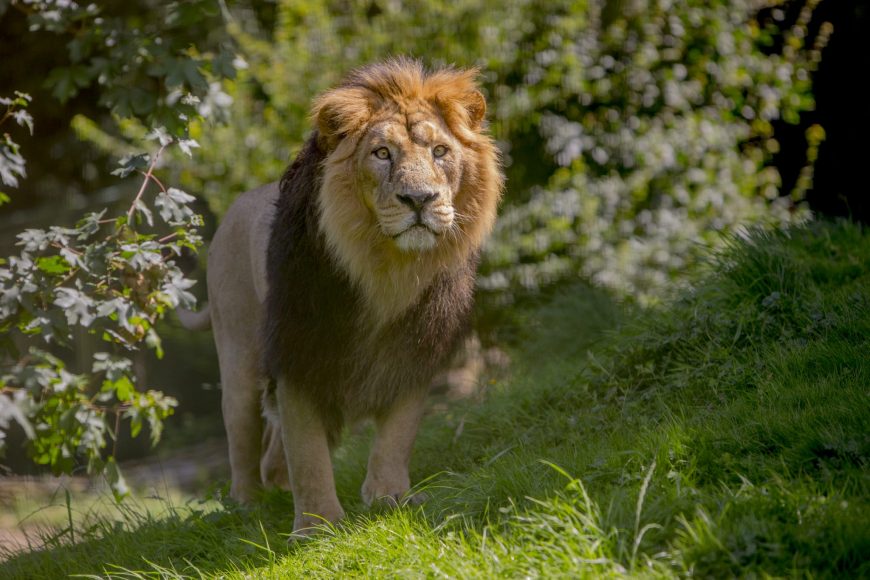 The 14-year-old passed away in his sleep overnight.

Born here at DZG in July 2003 to parents Max and Gir, Jetpur, relocated to Mulhouse Zoological and Botanical Park in France in 2005 as part of a European conservation programme and returned here a decade later in October 2015 to join our two lioness sisters, Kyra and Asha, in our one-acre Lion Ridge.

Curator Richard Brown, said: “Jetpur was a very placid lion and was a popular cat with his keepers.

“However his legacy will live on, as he sired eight cubs during his time in France, who went on to start families of their own in collections around Europe.

“His offspring have gone on to have a total of 16 cubs and he was also a great-grandfather to a further four.”

We’re currently awaiting a full veterinary report to establish his cause of death.

Listed as endangered, there are only several hundred Asiatic lions surviving in the wild and these are restricted to the Gir Forest Wildlife Sanctuary in Western India, which is an area smaller than Greater London.