It is with great sadness we announce the loss of our beloved Inca, the Asiatic black bear. 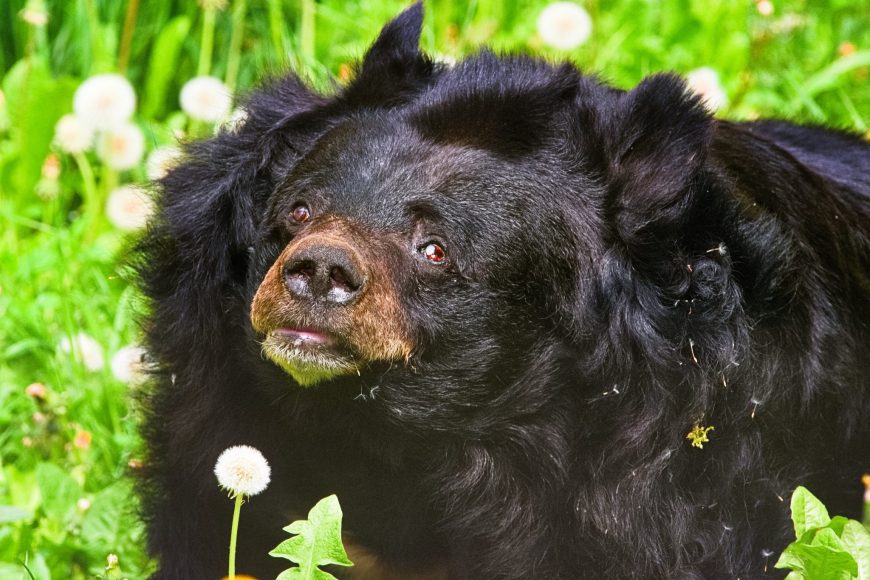 Inca passed away last night at the grand age of 38, holding the title of the oldest known moon bear in Europe.

Curator Richard Brown said: “Inca was very special to DZG and had outlived the typical life expectancy of her species by more than a decade.

“As she got older she continued to astound keepers and veterinary staff year-on-year as she flew through annual health checks.

“She was much-loved by staff and visitors and we were delighted to allow her to live out her twilight years in comfort. She will be missed.”

Inca came to DZG from Cumbria in 1990 with her mum Winnie and older sister Gretel. The siblings were moved to Glasgow in 1997, before returning to Dudley in 2003 where they lived together until Gretel’s death 10 years ago.

A typically solitary species, Inca continued to thrive on her own and in her later years loved nothing more than soaking up the sunshine in her outdoor enclosure.

Thanks to Steve Barton for the beautiful photo!