DZG’s Registrar and Research Co-ordinator, Dr David Beeston, will be hitting the airwaves later this evening as a guest on Birmingham Hospital Radio. 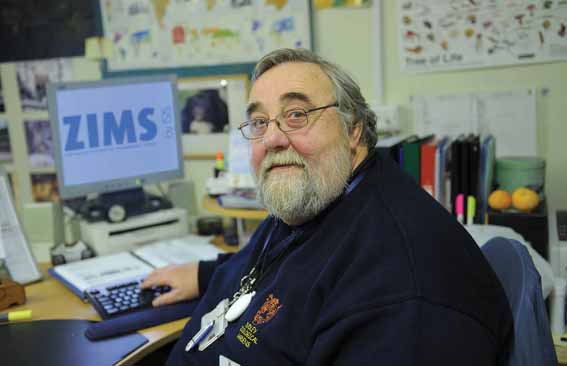 Dr Beeston will be talking about our upcoming anniversary plans, as well as taking a look back at DZG’s history over the years – and he’s the one to know, as he’s one of our longest serving members of staff after starting here in 1978 – so he’s certainly seen a thing or two!

The radio station broadcasts to patients across eight hospitals, 24 hours a day, but also streams online via http://www.bhbn.net/ where you can listen to the interview live from 6pm.

And we’ve had some fab on-air coverage already this month, which has enabled us to get our ZooNooz and appeal for zoo memories out across the Midlands by appearing on BBC WM’s Breakfast and afternoon show as well as Black Country Radio’s Breakfast broadcast.

If you’ve got any fond DZG memories from the last eight decades, remember to send them in to us as part of our anniversary celebrations.

Email memories@dudleyzoo.org.uk or send them in to Dudley Zoological Gardens, Castle Hill, Dudley, West Midlands, DY1 4QF before the end of February.