An artist who used DZG’s tigress Daseep as his subject has donated the stunning sketch to a global campaign fighting animal extinction. 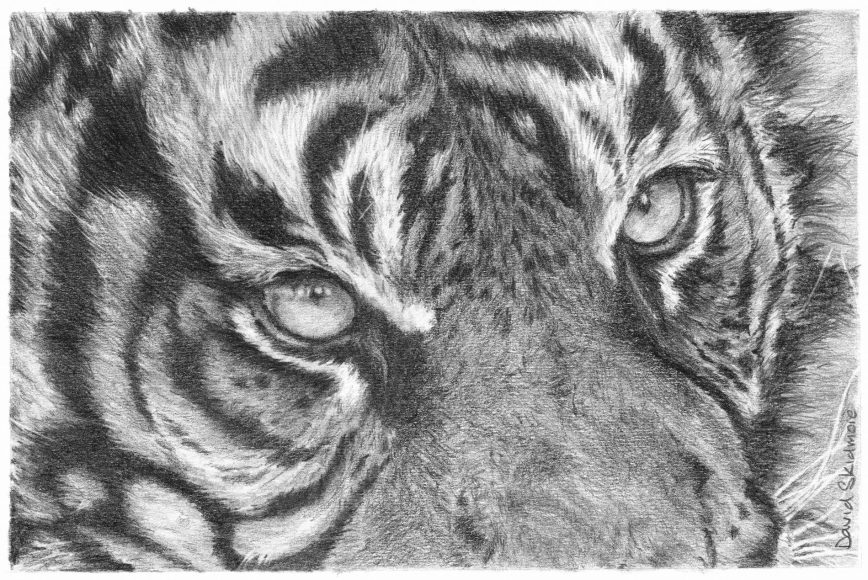 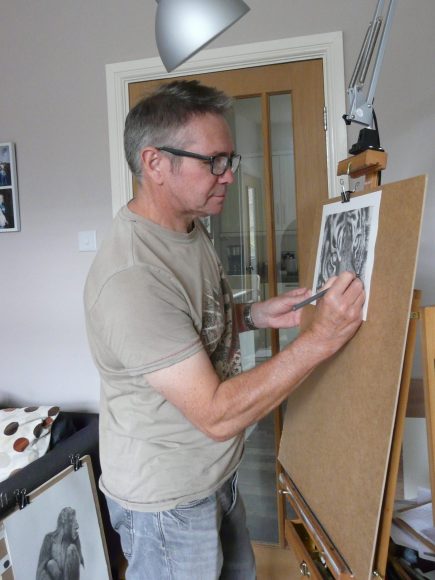 Award-winning artist David Skidmore produced the impressive pencil drawing from a photo of female Sumatran tiger Daseep and it will soon be going under the hammer in a high-profile auction run by wildlife conservation campaign Explorers against Extinction.

The A4 piece by the semi-professional artist from Bromsgrove has been produced for the campaign’s Sketch for Survival auction which hopes to raise awareness about species extinction through art and gather in funds to fight wildlife crime.

Originally from Cradley, 58-year-old David completed the artwork in three days after coming to the zoo to make sketches and taking this photo of the gorgeous seven-year-old tigress. 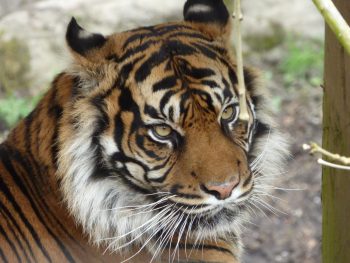 David, a member of The Wildlife Arts Society International, said: “I was very honoured to have been invited to take part in the Sketch for Survival auction. It’s wonderful to play a part in a project that will tackle animal extinction, as I’m a wildlife artist and a conservationist at heart.

“I was really delighted with how the picture came out and hope it will raise a good amount to help protect animals in the wild.”

The Sketch for Survival project involves a touring exhibition and online auction which celebrates some of the world’s most loved wildlife, including pandas, tigers and elephants, with the help of acclaimed professional artists and celebrity supporters.

The collection includes more than 400 original artworks donated from artists from over 30 countries as well as celebrity artworks from stars including Dame Helen Mirren, Dame Judi Dench, Stephen Fry and Mary Berry.

The artworks will be auctioned online in aid of Explorers against Extinction partner African Parks to help them establish a new working dogs programme to safeguard elephants, who have been decimated by poaching in Garamba, and rare Kordofan giraffes.

The Sketch for Survival tour kicks off in Harrogate on September 29 and takes in London, Bath and two venues in New York before ending in Norwich on November 25.

People can register their interest in the auction from September 22, World Rhino Day, and it ends on November 25. For more information visit www.explorersagainstextinction.co.uk/sketch-for-survival-2018

Previous: Thanks for hanging with us!
Next: A trio of hatchlings