DZG’s beautiful Sumatran tigress, Daseep, has been chosen as the face of an international conservation campaign for Global Tiger Day. 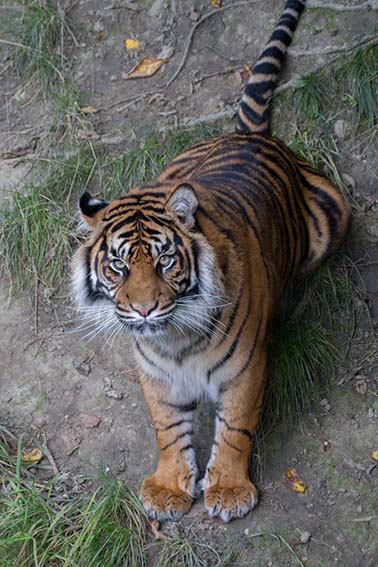 The annual celebration on Tuesday, July 29 aims to raise awareness of these magnificent creatures and help secure their survival for future generations.

DZG CEO Peter Suddock, said: “It is vital that we play a pivotal role in the survival of these enigmatic animals. The shocking reality is that there are just 3,500 tigers in the wild of which there are fewer than 400 surviving Sumatrans, like the pair we have at DZG.

“Our visitors constantly tell us tigers are what they want to see so it’s important that we get the message across about the future of these amazing animals and that extinction is not an option.”

Three-year-old Daseep, who is ranked as the world’s second most important genetic Sumatran female and two-year-old male, Joao, are paired as part of a major international conservation project for one of the world’s most critically endangered species.

DZG Registrar and Research Co-ordinator, Dr David Beeston, said: “Tiger numbers are so low in the wild that any pair that are suitable for breeding serve a huge function in supporting their beleaguered wild cousins by keeping gene pools alive.

“Any captive population of a sustainable size serves as a safety net against the very possible threat of future extinction and Daseep and Joao are playing huge roles in conservation, education and awareness raising.”

Since arriving from Germany in 2012, Daseep’s friendly and playful personality ensured she quickly became a firm favourite with staff and visitors alike and we’re delighted a stunning image of her by zoo member and amateur photographer, Talvinder Chohan, has become the face of 21st Century Tiger’s Global Tiger Day campaign. 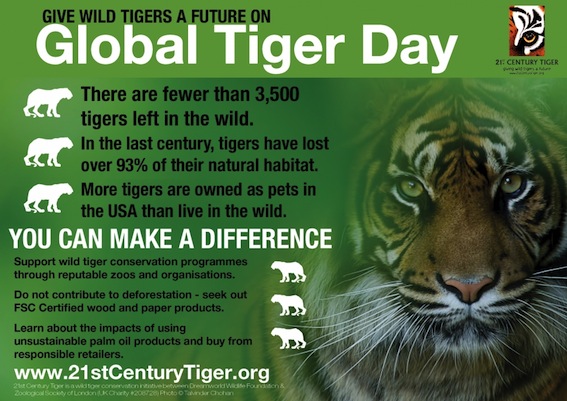 21st Century Tiger Manager, Esther Conway, said: “Daseep was chosen as she reminds us very clearly of what natural beauty would be lost in the wild if we allow tigers to become extinct.” 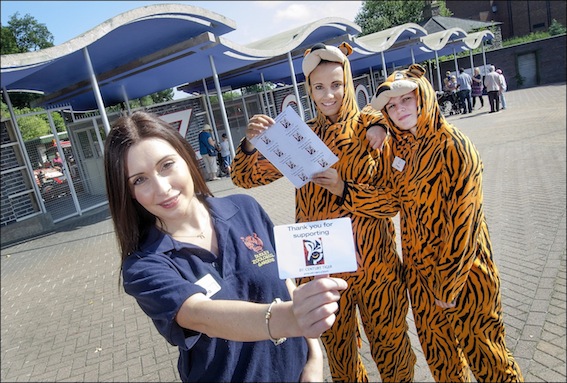 There’ll be lots going on site throughout July 29 including a display board and activities in the Discovery Centre and special talks at 12.30pm and 3.15pm at the tigers’ Tecton enclosure.

Tiger onesie-wearing staff will also be handing out Global Tiger Day stickers to visitors, face painters will be producing tiger faces and scrummy tiger tea cupcakes will be served in the QM Oak Kitchen Restaurant.

Previous: Trilobite on the move!
Next: Record breaking school figures