A Daimler Dart which competed in the famous Monte Carlo Rally is one of 90 classic cars rolling into Dudley Castle courtyard on Sunday. 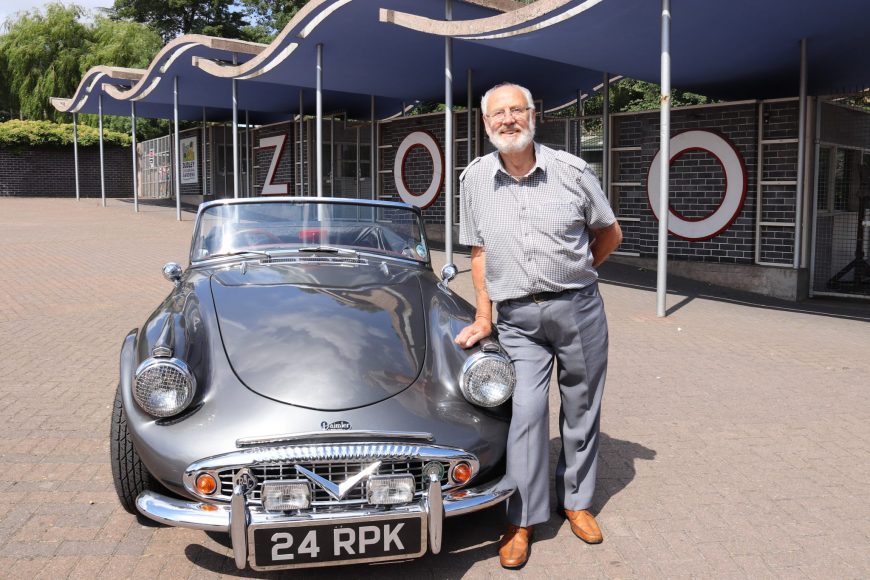 Now in its 30th year, the West Midlands Classic Car Club’s annual show takes place on Sunday July 22 from 10am until 4pm.

Organiser Maurice Cole, of Dudley, is bringing along his metallic grey 1961 Daimler Dart – also known as a SP250 – which competed in the Monte Carlo Rally in the 1980s when it belonged to a previous owner.

The 81-year-old, who has owned the Dart for the last 16 years, has the Federation Internationale de L’Automobile documents from the rally as well as photos of the car during the prestigious event. It even still has the flexible light which was fitted to the dashboard for use by the navigator.

Maurice said: “The show at the Castle is always a special event and a highlight in our club’s calendar. It’s such a wonderful setting and the display is extremely popular with zoo visitors.

“This year we have a very rare Mini, one of only 10 made, as well as my Jaguar E-type which has won hundreds of trophies and a Rolls Royce from 1924.”

Dudley Zoo’s Marketing Manager, Andrea Hales, said: “This is the 30th year of this wonderful show which fills the 11th century courtyard with colour and character and always pulls in the crowds.”

The West Midlands Classic Car Club was founded in 1978 and has 120 members from across the country. Normal zoo admission prices apply on the day.

Previous: Otters on the ball
Next: Talking animals