Calling keen photographers and aspiring artists as Dudley Zoo launches two competitions with £2,000 up for grabs.

Dudley Zoological Gardens today launched the contests to celebrate the iconic curvy concrete buildings created on the site 80 years ago. 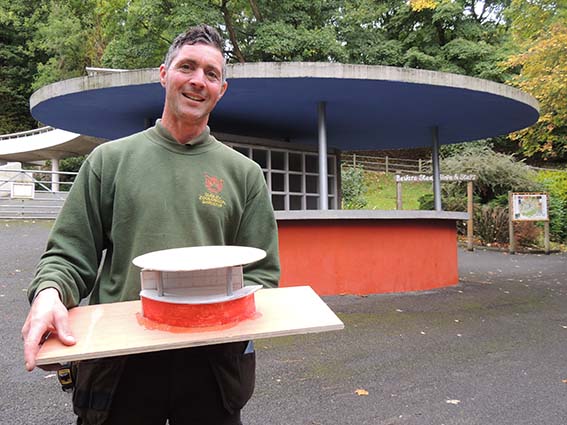 ABOVE – DZG’s Concrete Specialist Carlo Diponio, who has headed up the impressive concrete repair programme, shows off his model of Kiosk One

To recognise the importance of these revolutionary Tecton constructions  which are ranked alongside such famous landmarks as Machu Picchu and the Taj Mahal  there’s one contest for enthusiastic photographers and a competition for budding artists.

The Castle Hill attraction, in conjunction with Heritage Lottery Fund (HLF) which made recent major renovation work on four of the Modernist buildings possible, is offering a £500 prize for the winner of each competition.

And two runners-up in both competitions will also each bag £250, making a total prize fund of £2,000.

DZG snapper Jason Skarratt will judge the photographic competition and our graphic designer Rachel Lane will select winners in the art contest. 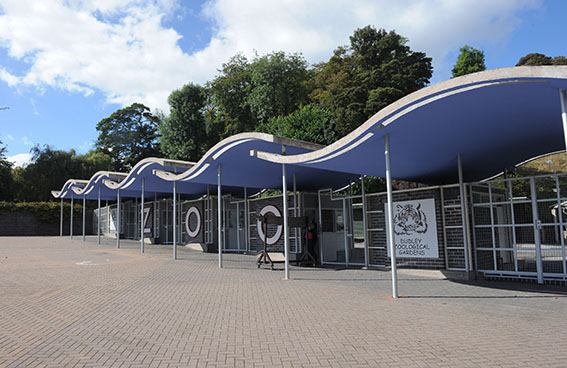 ABOVE – Our iconic wavy entrance

The eye-catching curving structures were designed by Russian-born Berthold Lubetkin, one of the most outstanding architects of the 1930s. They were built between 1935 and the zoo’s opening in May 1937 and considered structurally daring at the time.

The Safari Gift Shop, Entrance, Bear Ravine and Kiosk One have all been renovated over the last three years thanks to a £1.15million HLF grant. 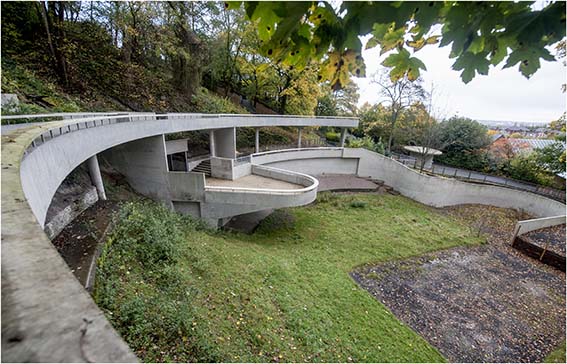 In fact, the impressive Bear Ravine, pictured above, has just been officially rescued’ from ruin after Historic England declared it was no longer on its Heritage At Risk Register in October 2015.

Zoo Director Derek Grove said: “We are both delighted and proud to have been able to lovingly restore these four buildings to their former glory and this has only been possible thanks to the Heritage Lottery Fund.

“The project also funded an apprentice-training scheme for concrete repair and conservation skills, an on-site exhibition of Lubetkin’s work and has seen the full refurbishment of the country’s only vintage chairlift which dates back to 1958.

“To celebrate our incredible collection of unique concrete creations, that is now recognised across the globe, we are asking people to either photograph or produce some kind of artwork of the structures.

“People can let their imaginations go wild and get as creative as they can for the chance to scoop a cash prize.”

Photos need to be submitted in full colour and artwork can take any form including models, sculptures, embroidery, paintings or drawings. Entrants will need to send in a photograph of their artwork but winners will have to produce their original creations after the judging has taken place at the end of next April. 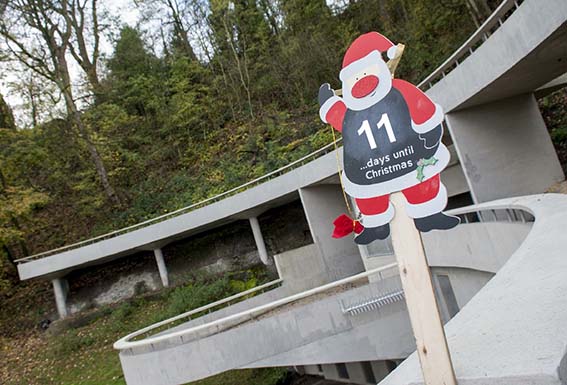 The deadline for both competitions is March 31, 2016 and entries

Previous: Eye on the tiger!
Next: Radio stars meet namesakes