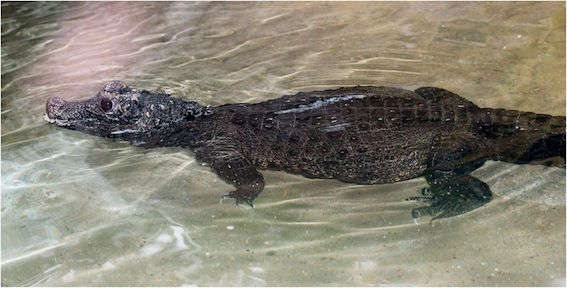 Zoo Director Derek Grove, said: “It came as a surprise that our crocodiles were in fact different sub-species, but once we were informed we separated them and after discovering Zoo des Sables d’Olonne has the same sub-species pairing we organised to swap the females.” 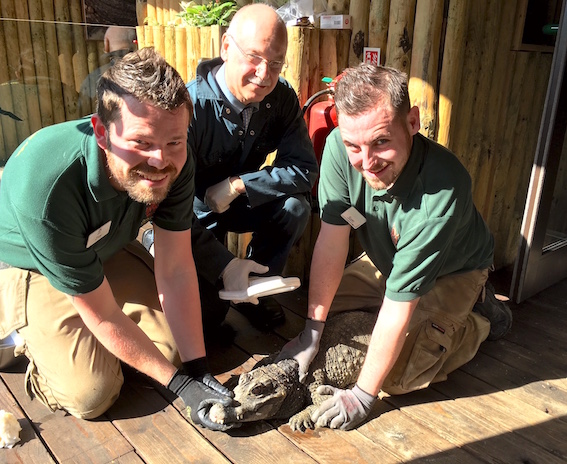 Janet was driven to the French zoo, after having a full health check by DZ’s vet, Peter Stewart, who also inserted a microchip into the back of her neck as part of animal transportation requirements – pictured above with Section Leader, Jay Haywood and Senior Keeper, Sam Grove.

Our new and yet unnamed, 26 year-old crocodile was then collected and brought back to DZ, where she’s settling into the Reptile House in the adjacent pool to our 21 year-old male. 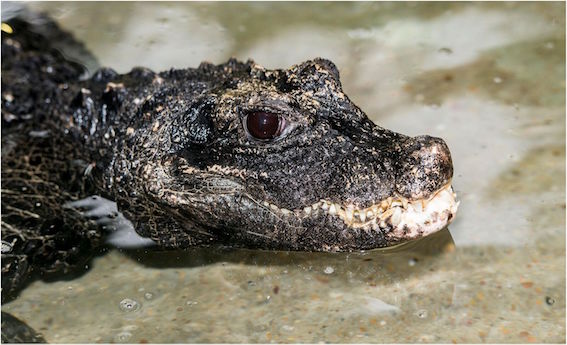 Derek added: “She’s separate from Danzo for the moment and will remain on her own for a couple of weeks until we’ve made sure she’s settled and eating well.

“But we’re aiming to get them together as soon as possible and hopefully they’ll soon breed and we’ll have a genetically pure captive population, rather than a mixed, which would have happened if we’d have kept Danzo and Janet together.”

We’re now hoping visitors will come up with a suitable name for the crocodile  with an adoption for the new arrival up for grabs!

West African dwarf crocodiles are the smallest of the 23 species of crocodile.

They’re ranked as vulnerable on the IUCN conservation list.

Their slender head and fourth tooth of the lower jaw, which can always be seen and fits into a notch in the outside of the upper jaw, distinguishes them from a alligator.

The dwarf crocodile is a slow, timid, and mainly nocturnal reptile which spends the day in a burrow at the edge of the water.