DZG’s Chris Leeson has clinched our employee of the month title for his animal campaign work and helping run our stores. 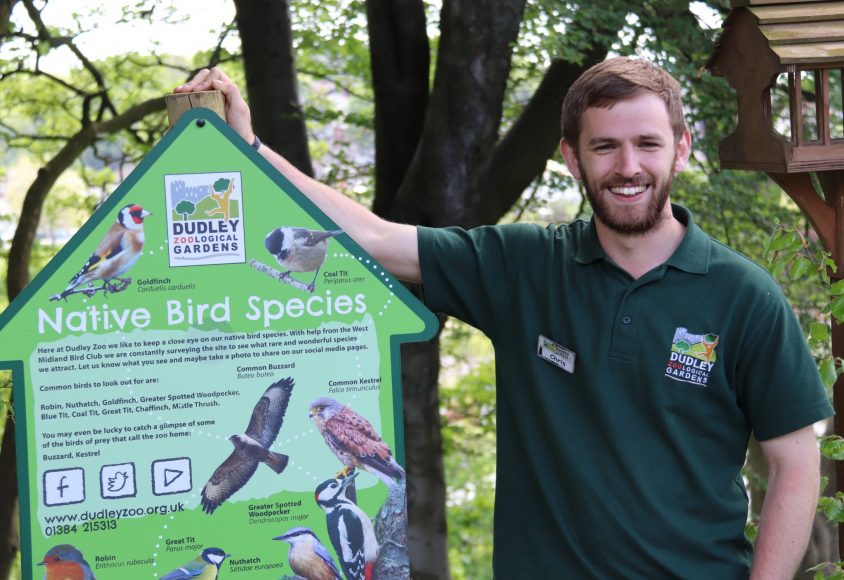 The 26-year-old Conservation Officer, who has been at the zoo for four years, was nominated by several members of the management team and a keeper on our birds section.

As well as raising awareness for of all kinds of conservation issues on site, Chris has jointly headed up DZG’s two-year appeal to support the ‘Silent Forest, Asian Songbird Crisis’ – EAZA’s global campaign to protect the threatened songbirds of Southeast Asia.

The zoo has pledged to raise awareness and €2,000 to protect some of the many beautiful birds stolen from the forests to take part in singing contests or traded as pets. Chris has set up stunning displays and worked hard on fundraising and information stands with our Head of Birds, Nicola Wright.

Chris said: “I was very pleasantly surprised to be named employee of the month and it was great to be nominated by so many members of staff.”