Zoo Manager Matt Lewis notched up a lengthy list of wild birds visiting a feeder near his office during the RSPB’s Big Garden Birdwatch. 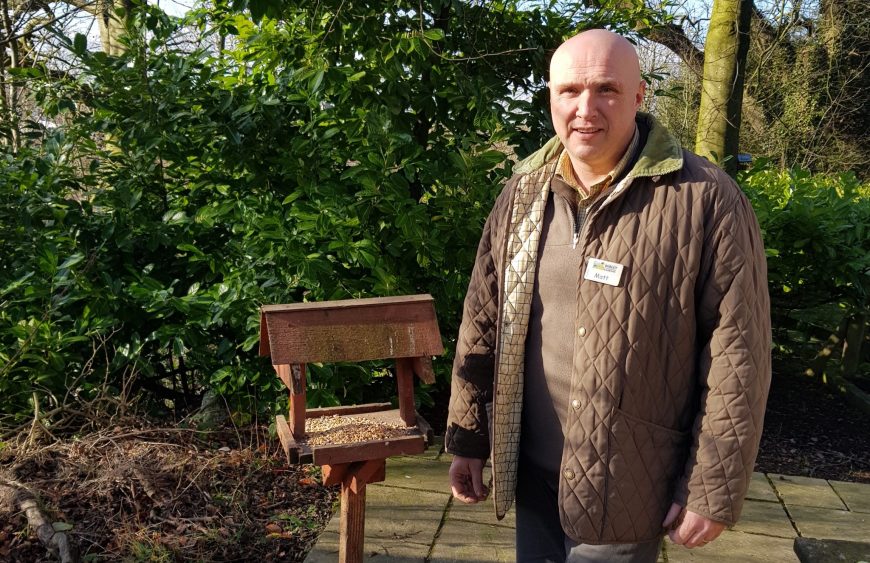 Matt spent an hour a day last Friday, Saturday and Sunday surveying the bird table in the garden by Harry Hatch’s cottage, where he is based, and recorded 17 species visiting the feeding station.

He even clocked a buzzard during the UK-wide weekend count, which has become the world’s largest garden wildlife survey.

Matt, who started his animal career working with birds 30 years ago and was the zoo’s Head of Birds for 15 years, said: “I feed the native birds all year round and the more food you give them the more they rely on it, which is nice and it shows that Dudley Zoo has become their home.

“We’ve definitely had a big influence on the wild bird population, it has steadily increased over the years which is great news. We always make sure we look out for the wild creatures on site as well as our exotic animals.”

And footage from a camera at another feeding station on our 40-acre site has been compiled into a video showing a beautiful selection of wild visitors as well as a cheeky magpie who spotted a squirrel stashing some food away and promptly flew in to nab it.

Part-time Keeper Emma Dingley, who regularly surveys and feeds the wild birds on site, said: “This film was the first time we’d caught jays on camera and the first time the great spotted woodpecker had used the squirrel buster feeder. The part where the magpie steals the squirrel’s food stash is also nice, natural behaviour.”

Matt’s findings, along with those of millions of bird lovers who spent an hour recording the wildlife visiting their own gardens over the weekend, will now be logged with The Big Garden Birdwatch. Now in its 40th year, the event helps the RSPB monitor trends and create a snapshot of bird numbers across the UK.