DZG Customer Service Assistant, Sue Cope, has followed her heart and moved to Texas after a whirlwind online romance.

Susan, who worked in the Queen Mary Suite, bid farewell to staff as she upped sticks and flew Stateside to marry David Pennington.

Fifty-four-year-old Susan came face-to-face with David during a two-week trip to the USA in February this year after the couple had chatted online for more than six months. 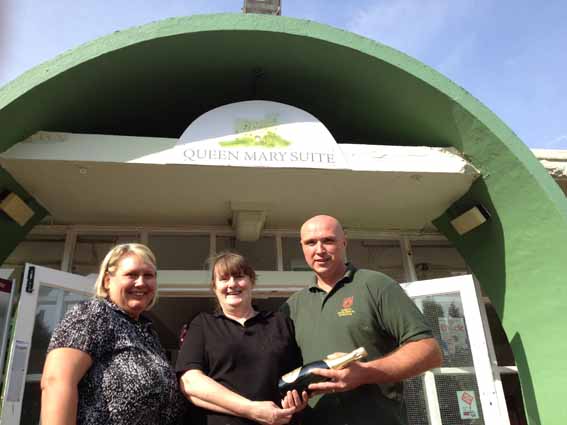 They had planned a February 2013 wedding in David’s hometown and Sue was set to return for another Texan holiday last month when David sprung a surprise during a Skype conversation  and told her he had arranged their wedding for September 8!

QM Deputy Manager, Lisa Ward, said: “Sue thought she would leave the UK next February when they married, but it all happened a lot faster than that, and her three weeks holiday turned out to be her resignation as she left DZG to start her new life in Texas with David.

“I flew to Jamaica on holiday on the same day as Sue left the country and bumped into her at Birmingham International which gave me another opportunity to say a last goodbye and wish her all the best in her new life.”

Previous: Woodchip Week at DZG
Next: It’s not a hat!