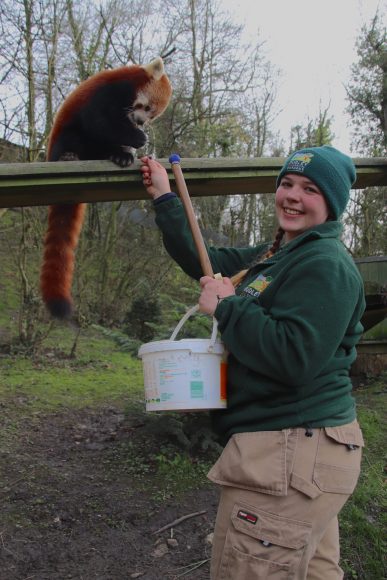 The ungulates keeper was awarded a certificate and gift vouchers after impressing our curators with her animal training skills, which recently aided the temporary move of our two red pandas.

Assistant Curator Jay Haywood, said: “Claire’s has been working really hard training Yasmin and Gawa with a target stick and all her effort paid off when we had to move them for essential tree maintenance in their enclosure.

“We had to house them temporarily elsewhere while the work was carried out and she managed to get them to walk directly into a crate, which we were able to move them in, which eased any stresses.”