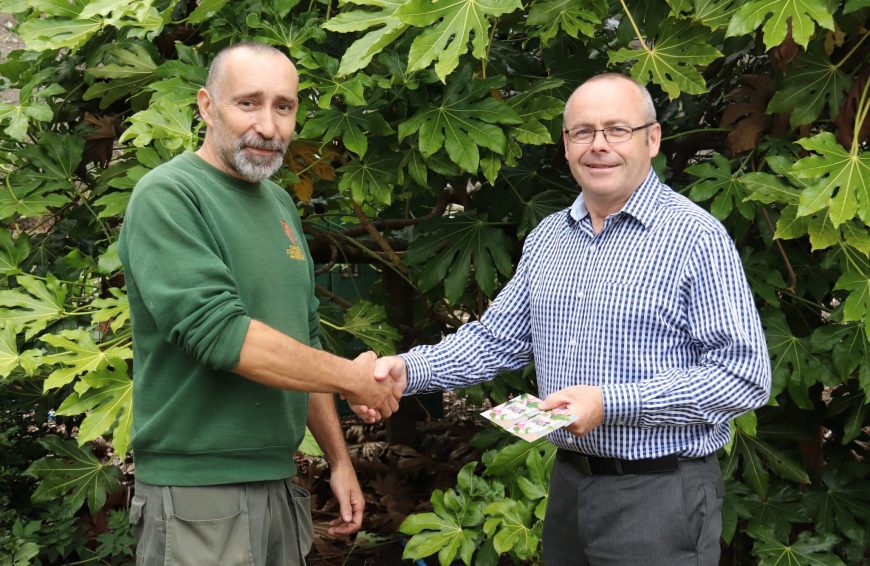 To mark the milestone and thank him for his dedication, 52-year-old Carl was presented with gift vouchers by Zoo Director Derek Grove.

Carl was just 17 when he joined Dudley Zoo on August 16, 1983, as a groundsman. He came straight from a college course in horticulture and worked his way up through the ranks of gardener and assistant head gardener before landing the top job in 1994. 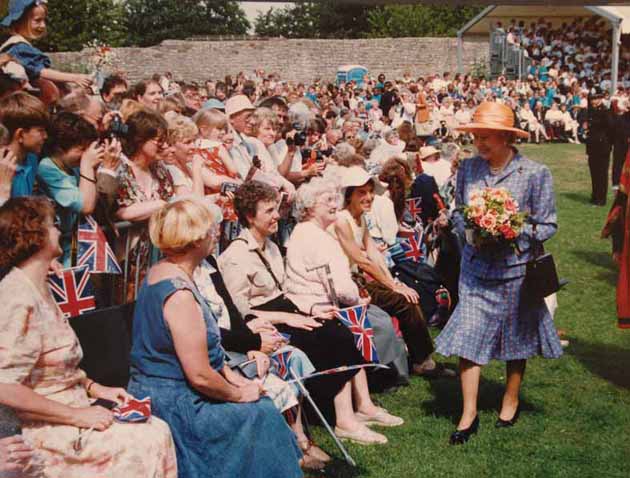 He took on the head gardener role a short time before Her Majesty The Queen visited our 40-acre site in June 1994 and made sure the grounds were looking glorious for the royal occasion.

Carl – who heads a team of six gardeners – lives on site in one of the keepers’ cottages with his wife Pat, our Head of Upper Primates.

He said: “There aren’t many people who can say they’re based in the grounds of an 11th century castle surrounded by endangered animals from around the world and love what they do!”

Derek said: “Congratulations to Carl on reaching this significant anniversary. He is a valued and committed member of our team and does a grand job of looking after our grounds.”

Previous: Celebrating cotton tops!
Next: Hang out with our orangs