Zoo Director Derek Grove has returned with plenty of new ideas after attending the EAZA (European Association of Zoos and Aquariums) Annual Conference in Poland. 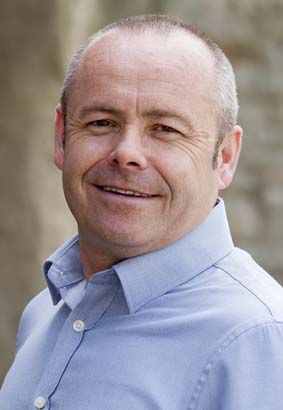 Derek joined more than 600 animal attraction delegates from across Europe at the event held at Wroclaw Zoo from September 15 to 19.

Derek said it was an extremely worthwhile conference and chance to learn from and share opinions with other zoo representatives.

“Their next exposition will be devoted to the Skeleton Coast in Namibia, with penguins and brown fur seals.”

And Derek brought a few ideas home to DZG too.

He said: “I always get new ideas whenever I visit any animal facility. In Wroclaw they used a clever ladder (shown below) to lead their black howler monkeys out of their cage into trees. 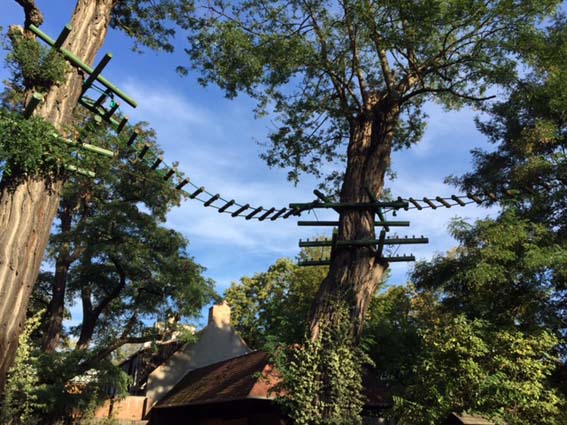 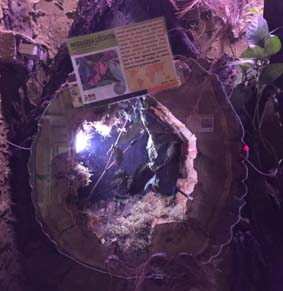 “I was also impressed with how they used hollow sections of logs to house spiders (shown left).

“Both ideas are very low tech and cost effective features but they were clever and improved the existing facilities.”

During the conference EAZA’s two-year Pole to Pole Campaign came to a close. Its aim had been to raise awareness and encourage people to take action against global warming placing zoos and aquaria at the forefront of European efforts to change their habits of energy consumption.

At DZG we helped pull the plug on the threats of climate change to animals by turning down central heating systems across the site, where possible, by one degree.

We couldn’t turn down all the animal heating systems, as many of our rare and endangered species have to be kept at constant temperatures, such as the giraffes and reptiles.

We use energy efficient heating and insulation in many of the dens of the others, including the great apes, tigers, tapirs, birds, wallabies, primates and meerkats to make sure they stay warm over the colder months, but we turned down systems across the 40-acre site where we could.