Educators from tourist attractions around the UK descended on DZG as it played host to the eighth annual BIAZA (British and Irish Association of Zoos and Aquariums) presenters’ conference. 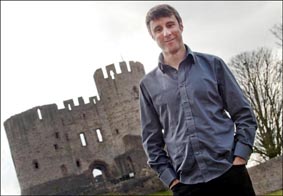 More than 40 delegates from 20 zoos and aquariums took part in the event, which is designed to give presenters ideas on how best to communicate messages to members of the public.

A variety of speakers led workshops and seminars throughout the day-long event including professional storyteller, Dominic Kelly pictured right  who spoke about introducing storytelling into daily talks to make them more exciting and former DZG Head of Education, Stephen Woollard, now Education and Interpretation Manager at Edinburgh Zoo, returned to talk about communication and presentation skills.    The event also included a session from our DZG’s lower primate section leader, Nicola Wright  pictured below, second from right  who spoke to visitors about how keepers have worked alongside our education department to develop meet the chimp talks to share their personal knowledge about the primates with members of the public. 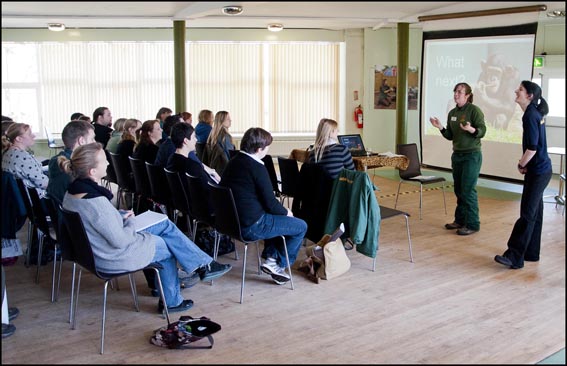 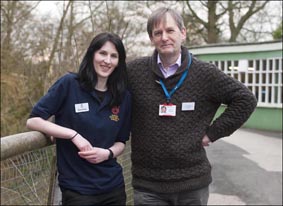 Co-ordinator, DZG presenter, Caroline Howard, also enlisted a little help from dad, Dr David Howard  see left  from the Centre for Ecology and Hydrology, who spoke about how climate change is having an effect on wildlife around the world  particularly moths in the UK.

Caroline said: “When I was thinking about the programme of speakers I decided I wanted someone with a scientific background to speak on climate change and include a wider range of animals than we usually hear about. I asked my dad who he’d recommend and he volunteered to do it!   “It was really nice to have him involved as he is the one responsible for my love of bugs.   “The whole day went really well; particularly Nicola’s talk which got some great feedback from the visitors. We got lots of new ideas which we will be trying out, especially with regard to more hands-on and contact sessions.” 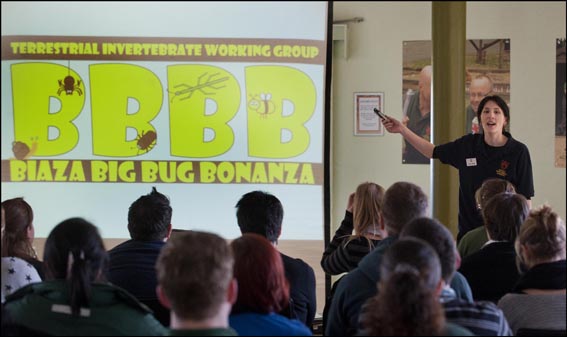 Previous: Meerkats on a mission
Next: Gulls steal sealion’s fish